The report, using data collected from 76 major UK lenders, indicates a peak of new loan origination volume with 2021 yielding the strongest overall year in the market since 2015.

New lending volume in 2021 reached £49.8 billion – more than in 2019 and 48 per cent higher, year-on-year, than 2020. During the first half of 2021, the backlog of transactions stuck in the pipeline from 2020 was being resolved while the second half focused on more new acquisition financing for existing and new customers.

Key highlights from the report, which covers data up to December 2021, also show:

Overall debt issuance was strong across all markets. In the UK, Commercial Real Estate (CRE) bond issuance went from £6 billion to £10 billion between 2020 and 2021 according to the Bayes Bond Monitor. The CRE bond market, including commercial mortgage-backed securities (CMBS) represents between five and eight per cent of total secured CRE market debt.

While the first half of 2021 showed a rapid recovery of market activity, borrowers were looking to finalise, restructure and refinance loans that had been on hold during 2020. For the whole year, this accounted for 52 per cent of lending while the other 48 per cent was new acquisition financing.

British banks have been dominating their own market, providing 39 per cent of new financing, followed by international banks (excluding German banks) which held a share of 22 per cent. Overall the largest 12 originators were responsible for 57 per cent of new loans, of which six were UK Banks.

Development funding pipeline declined from 2020 to 2021, accounting for just 20 per cent of total origination. This was mostly due to lower residential funding.

Smaller lenders concentrated 15 per cent of their lending in residential development finance, as a lender group ‘Other Lenders (debt funds)’ supplied 32 per cent of new residential development loans, and UK Banks supplied 47 per cent. For the first time since the start of the pandemic, there was a noticeable amount of speculative office schemes being funded mainly in Central London.

Prime office margins have edged up to 2.54 per cent (this was 2.29 per cent at year-end 2020) due to the changing universe of lenders offering loans. On a 60 per cent loan-to-value (LTV) basis, margins increased from 2.18 per cent in 2020 to 2.42 per cent in 2021. Loan pricing on prime industrial assets have also increased by 23bps. However, for other property sectors such as prime retail, and secondary properties, which priced very wide from prime, the pricing gap has narrowed by between 15 and 25bps.

A large pricing gap also remains between the largest balance sheet lenders and smaller lenders, resulting in a price differential of 1.17 per cent bps for prime office.  For example, prime office loan margins for the largest lender stand at an average of 1.88 per cent while borrowers can expect to pay an average loan margin of 3.05 per cent with borrowings from smaller lenders. With recent interest rate increases of the 5-year Sonia swap to 1.86 per cent, this leads to an overall interest rate of 4.4 per cent for some properties close to prime office yields – leaving little income coverage with interest coverage ratios (ICRs) expected to range from 1.4x–1.8x. This compares to the weighted average coupon for Sterling bonds issued by property companies specialising in offices between three and five per cent for companies rated “A” or better.

For the first time, the survey asked about alternative sectors of lending. 31 lenders expressed an interest in financing assets in life sciences, with 23 favourable towards finance data centres, requiring specific teams and knowledge. Just 23 lenders stated they lend in this of senior living.

“It is very encouraging to see how quickly lenders have dealt with problem loans, showing efficient workout and borrower communication. The next hurdle for 2022 will be the increasing interest rates and declining income coverage ratios, which are expected to decline to 1.4x–1.6x on a number of loans.” 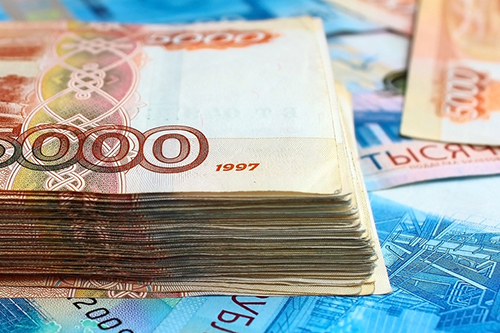