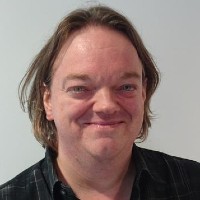 Over the last three years we have mainly published papers on developing new methodologies of predicting changes in population sizes and in addition looking at developing products to tap into the housing wealth of the UK population to help fund long term care needs.

We are currently investigating projecting populations by looking at changes in survival rates and expectation of life rather than the more conventional changes in mortality rates. We find that the trends in survivorship are often more stable than mortality rates and are also more understandable for the general population, including those who work in Government policy areas.

By analysing the medical needs of a population, subdivided by the diseases they are diagnosed in having, predictions about the cost of future care can be determined. On an individual basis this research can be used to price certain health products and on a population basis, when combined with the projection of population sizes, can be used to plan the costs of State health care.

The impact of retirement villages on mortality rates

We have recently started investigating the potential impact on mortality rates of living in retirement villages. The argument that these villages can provide a more sociable environment as well as medical facilities should reduce the mortality rates of the population residing there.