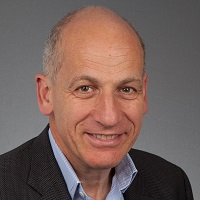 Anthony Neuberger read Mathematics and Philosophy at Trinity College, Cambridge where he was a Senior Scholar. He was appointed to the Central Policy Review Staff in the Cabinet Office under Lord Rothschild, and
moved to a permanent position at the Department of Energy where he worked on the financial regulation of the electricity supply industry, and international trade in nuclear fuel and on a Green paper on Energy Policy. He left the Civil Service to do an MBA at London Business School. On graduating with distinction, he joined the faculty of LBS and did his PhD there. He was appointed to Associate Professor and became the first Academic Director of the full-time Masters in Finance programme. He subsequently left LBS to take up a chair at Warwick Business School where he was Director of the Financial Mathematics MSc and then became Head of the Finance Group. He joined Bayes as Professor of Finance in 2013.