Budget 2021: City experts have their say

City's experts gave the following reaction to the Chancellor's statement.

Can a sense of certainty kickstart consumer purchases?

“There are three basic types of consumer purchases: good, services and experiences. While goods and services have remained readily available throughout the pandemic, the ‘experience’ economy has virtually disappeared. Its temporary closure has created pent-up demand, which is likely behind recent reports that people are beginning to not only book holidays again, but to book perhaps more lavish holidays than they previously would have.

"In other words, scarcity drives demand, spurs purchases, and increases the prices consumers are willing to pay. Early economic indicators suggest that consumers are anxious to kickstart the third engine of our economy.

“The government's Budget is a massive source of uncertainty hanging over consumers' heads. Whether the government decides to terminate or extend programmes, like pandemic-related benefits, will reduce consumer uncertainty regardless of which decision the government takes."

Professor Stephen Thomas,  Professor of Finance at the Business School (formerly Cass) believes the Budget rulebook has to be thrown out, given the circumstances:

“The only thing that matters here is not to play macroeconomics in an extraordinarily unconventional economic context.

“Of course individual sectors such as hospitality must be supported but the big message here should be to carry on spending until the ‘new normal’ is clear -  nothing else really matters."

Extension to the Stamp Duty holiday

As expected, the Chancellor has extended the Stamp Duty cut in its entirety until the end of June. Professor Les Mayhew, Professor of Statistics at the Business School (formerly Cass) welcomed Mr Sunak's announcement, although he believes further action is required:

"I welcome the extension because it will help those desperate to exchange contracts by the end of March, and therefore avoids a massive Stamp Duty tax bill.

"Although there was expected to be downward pressure on sales due to the pandemic in 2020/21, house sales held up well thanks to the Stamp Duty holiday.

"My wish would be for Stamp Duty to be abolished altogether because it tends to jam up the market as we have seen in recent years. However, none of this changes the housing outlook unless more is done to solve the underlying housing crisis, caused by increasing under-occupation and population ageing.

"Just saving for a deposit is a herculean task for first-time buyers and policies that would ease pressures higher up the value chain would help unlock equity and create opportunity to reinvent our towns.

"The Budget announcement that will guarantee 95 per cent mortgages is a start, but it will not be sufficient on its own if its main effect is to increase house prices further without increasing supply."

Dr Estes said the holiday extension could cool the market down from a consumer's perspective:

“There are at least three competing psychological factors at play in respect of the housing market and Stamp Duty holiday.

"Firstly the widespread economic uncertainty of the pandemic serves as a hindrance to transactions. Secondly, the Stamp Duty holiday acts as a discount that entices home purchases, in much the same way that £9.99 is far more attractive than £10. This is indeed the Government's intention with the initiative.

"A third and perhaps unintended effect of ending the holiday is the creation of scarcity, specifically time-scarcity, which also tends to spur purchasing.

“Two of the three factors favour transactions, which partially explains why the housing market is so hot now. However, ending the stamp duty holiday on 31st March, as originally planned, would have nullified both of those positive influences on the market: both the discount and the scarcity factors would be removed from the equation.

"The Government's announcement keeps both of these factors in place, and one would therefore expect the housing market to continue its strong positive trend. However, this is only kicking the can down the road.

"The only way to lessen such a psychological cliff-edge would be to gradually phase the holiday out, so that the discount and scarcity factors continue in some limited form. Ironically, making the Stamp Duty holiday permanent could cool the housing market down in the short term, because buyers would no longer feel the scarcity or urgency of the holiday, and buyers may therefore delay purchasing until the broader economic recovery is well underway.”

Professor Michael Ben-Gad, Professor of Economics at City, University of London believes the Government should have gone further on the cut:

“The decision to temporarily cut and not abolish Stamp Duty altogether is a bad idea.

“It is a uniquely bad tax, taxing mobility and discouraging the elderly from downsizing to free up the housing stock for young families.

“It would be better to eliminate Stamp Duty completely, and impose an annual tax on the value of the property instead. Under current circumstances, the tax along with the mortgage guarantees will only fuel a further rise in house prices.

“In the long term, developed economies face unique challenges to their fiscal institutions as they age at rates unprecedented in human history. The pandemic has only hastened these trends and placed further burden on the next generation.”

The Government has announced a suspended increase in corporation tax until 2023. Professor Ben-Gad questioned the Government’s decision to delay this increase:

“The Chancellor's decision to raise the corporation tax to 25 per cent, yet delay its implementation until April 2023 portrays a degree of confusion around the nature of this tax.

“Generally, there has been too much focus surrounding the timing of any increases in corporate taxes and not enough on its appropriate level. As the Chancellor pointed out, the impact of any immediate increase will fall on those companies that have remained profitable, so why the delay?

“At the same time this is a tax that impacts long-term investment decisions, so any anticipated rise will affect behaviour just as much as an immediate one.

"The rate of corporation tax in the UK is indeed relatively low in comparison to those that prevail in most developed economies and the focus on this one headline number reinforces a misperception that the overall tax burden on capital in the UK is also relatively low. A broader macroeconomics-based calculation is required, that factors in all the other payments businesses along with taxes on their property.

“Crucially, income tax on capital gains and dividends collected from individuals is essentially a double tax on profits that have already been subjected to corporation tax. The effective tax, a wedge between net returns paid to investors and capital's share of income, averaged 55 per cent in the UK between 2000 and 2019, compared with 32 per cent in Germany, 40 per cent in the USA and 46 per cent in Italy. My research implies that the optimal burden on capital for the UK is only 25 per cent, and not even abolishing corporate tax would achieve this.

“The extra tax, particularly if delayed, will not raise much extra revenue. Certainly no more than a fraction of what most are predicting.”

“The news that the Budget allocates an extra £1.65 billion to the vaccination rollout is obviously welcome, although the purpose of the extra funds is not clear.

"Overall, the vaccination programme has been successful due to the tremendous effort made by administrative and clinical staff, and emerging data about the impact of vaccines on hospital admissions and community transmission is encouraging.

"It is, however, important to redouble efforts to reach populations placed at risk such as those who are less physically mobile, housebound and homeless, as well as care workers and support groups hesitant to accept the vaccine due to mistrust about its safety or lack of confidence on its effectiveness. These feelings are likely fuelled by institutional racism or discrimination.

"While extra funds would sustain existing vaccination achievements, concerns remain about longstanding and structural inequalities, and the impact of the pandemic response in the primary care and public health workforce.”

The creation of free ports

Responding to the Chancellor's announcement on the creation of eight free ports around the UK, Professor David Collins, Professor of International Economic Law in the City Law School, said:

"The benefits of free zones or free ports for a developed economy such as the UK have been challenged by economists who note that they are best suited to countries which are highly trade-protectionist, which the UK is not.

"In these situations, they can reduce costs for exporters who use imported products, allowing for the transition to higher value products and getting more firms involved in international trade. Rather than focus on expanding manufacturing through free zones, the UK should be bolder and consider a digital/financial free zone which would have streamlined regulations, including work visas to attract highly qualified individuals and possibly a dedicated commercial dispute settlement regime, as operates in Dubai.

"This innovative approach to free zones would better capitalise on the UK’s strengths and could help stimulate growth in new areas such as fintech."

Dr Maria Kendrick, Lecturer at the City Law School said the announcement could bring optimism to residents of the free port areas:

"The advantages the Chancellor hopes free ports will bring and the reality of what they may actually bring to the UK could potentially be two different things.

"The Government hopes they will create jobs and ‘level up’ selected areas, but there is more to this complex issue than free ports alone could solve, even partially. It may be too much of an oversimplification to say that the UK free ports announced today are only possible because of Brexit, as many EU Member States have them.

"This is not necessarily a statement that the UK is now a free trading state because it has left the EU. Because of the package of other measures announced today, including the corporate tax rate rise, it may not cost as much as some concerns suggest."

Dr Alejandro Riano Londono, Lecturer in Economics at City, University of London believes, however, that the move should be treated with caution:

"Rishi Sunak describes the creation of eight new free ports as a policy on a scale we have never seen before, that would help to not only replace the industries of the past but also reshape the UK’s economic geography.

"While free ports are quite popular across the world, their record in terms of promoting exports, creating jobs, and spurring development is less than stellar.

"Even at their most successful, free ports have tended to become a costly way of boosting exports due to the high cost of foregone fiscal revenue. This strategy could prove especially counterproductive at this juncture given the enormous pressure on public finances." 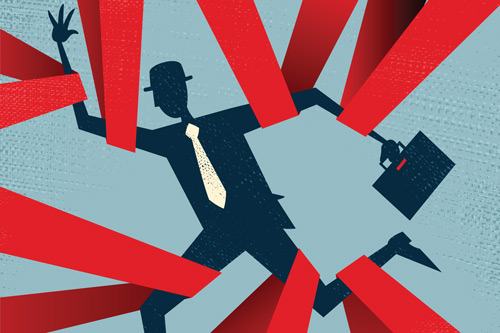 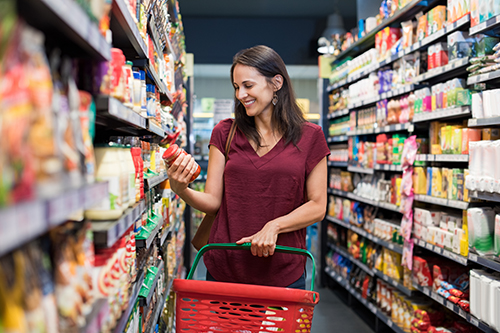