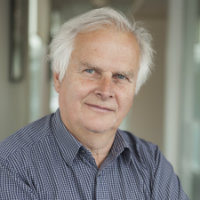 Les Mayhew is part-time Professor of Statistics at Bayes Business School (formerly Cass). He is Honorary Fellow of the Institute for Actuaries and a member of the Royal Economic Society. He is a former senior civil servant and graduate of the government’s Top Management Programme. He is a former member of the Office for National Statistics expert panel that advises on population projections. His research interests include health, pensions, and health and long term care, for which he has received various research grants. He is twice a winner of the Bayes research prize, winner of the University project of the year prize, and a joint winner of the Univerity research impact award.

He is managing director of Mayhew Harper Associates Ltd. (MHA), a research consultancy specialising in the use of large administrative data sets and Geographical Information Systems. MHA Ltd. is expert is joining together administrative information spanning more than one agency (for example, health, local authority and police) for addressing a range of local issues including population estimation. He advises, and undertakes various assignments for, central government, health care providers, and local authorities involving policy evaluation, resource allocation and service commissioning.

Before joining City University in 2001, he was Professorial Research Fellow in Geography at Birkbeck College, London. Between 1993 and 1998, he was a director in the Office for National Statistics (ONS), and its predecessor the Central Statistical Office (CSO), based in HM Treasury. Prior to 1993 he was a senior civil servant in the Department of Social Security (DSS) and Senior Principal Scientific Officer in the Department of Health and Social Security (DHSS), where he was part of the Operational Research Service. After completing his PhD in 1979, he was seconded by the Royal Society to the International Institute for Applied Systems Analysis (IIASA) in Vienna for 2 1/2 years. He remains a periodic visitor to IIASA, and worked for example on IIASA’s Social Security Reform programme between 1999 and 2003.

His past research also includes transport with peer reviewed publications on the London congestion charge, siting of airports serving large cities, strategic road networks, and traffic tolls on river crossings. He co-authored a book, published in 2004, on the ‘Economic impacts of population ageing in Japan’. A book based on his PhD entitled Urban Hospital Location was published in 1986. He was visitor to the Department of Mathematics and Statistics at the University of Newcastle, NSW Australia, and worked for a period at the Institute for Social and Economic Research (IRES) in Turin.

For estimating populations, data linkage and applications in local government and health authorities