The future of oil

After oil dipped into a negative price shock in April, what do you think is the future of oil as a commodity?

The dipping of oil into negative territory has to be taken in the context of the US market, which does have limitation in terms of domestic storage, export capability and the supply characteristics specific to shale. It would be safer to look at the Brent price, which is a more reliable international benchmark, at least for the time being.

Brent crude prices never went negative, but they did dip in the $15 territory. This is a reflection of short-term demand which was understandably slack due to COVID-19. About 60% of global oil demand is driven by transport, especially road and aviation. Aviation has come to a practical standstill and only now is in the process of restarting. Are we going to stop using oil? Not any time soon and not for at least the next 20-30 years. Electric and hybrid vehicles are making huge strides, but ICE vehicles are still the majority by far. Even if EVs reach 100m in the next 10 years, there are still over 1 billion ICE vehicles in circulation and their production has not stopped yet. As the ICE fleet starts getting replaced in larger numbers, so will oil demand stagnate and decline.

In aviation it is much more difficult to find an immediate viable alternative which can pack as much energy as jet kerosene. Aviation biofuels are very interesting but still in their infancy. Batteries are too heavy, for now. Demand for plastics is strong and is expected to continue stronger, as economies continue developing and their need for polymers increases in line. What the future holds for oil is probably fewer growth markets, stagnating demand and fight for market share.

How will artifical intelligence help leverage the efficiency and competitiveness of oil companies?

Artifical intelligence is an exciting emerging technology and can be used to increase efficiencies in the production of energy. For example, AI can be used to make connections and create workflows on the vast amount of data  collected during O&G exploration, in order to make better assessments of the geology and most likely development path of reservoirs.

AI is increasingly used in managing smart electricity grids, especially where millions of small distributed producers can pull and push electricity from and to the grid during the day. AI should also offer better predictability of non-dispatchable renewables, such as solar and wind, especially as these renewables are increasing their share in the electricity generation mix of many countries and form part of cross-border flows of electricity in larger inter-connected geographical regions.

The smarter the electricity grid becomes, the more the need for AI to manage demand (e.g. by large industrial as well as small residential consumers), accommodate distributed generation and storage, the vast majority of which will be from renewable sources. Working in tandem with AI, blockchain can facilitate secure micro-transactions between peers, e.g. pro-sumers who produce their own electricity and are able to sell their surplus to the grid. This will increase generation efficiency, reduce waste in the electricity system and incentivise further switch to renewable technologies. 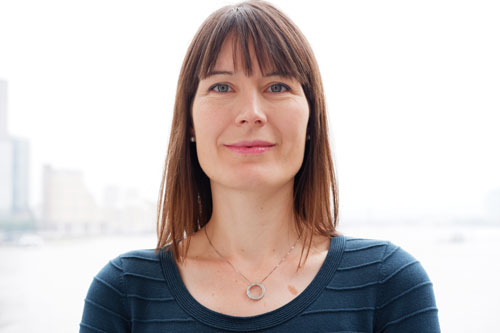 Entrepreneurship in the time of Covid-19