Raising the UK state pension age is not enough to address the challenges caused by an ageing population, a new report from the Centre for the Study of Financial Innovation (CSFI) argues.

The UK Government should instead support an ‘active ageing’ environment, which would improve health and economic activity among those aged over 50, according to the Schroders-sponsored report – entitled ‘The Dependency Trap: are we fit enough to face the future?’ – by Professor Les Mayhew of Cass Business School.

Participation in the workforce starts to tail off when people reach 50, with ill health, or disability, as the biggest single cause. This exacerbates the already escalating problem of a fall in the standard dependency ratio, which compares the number of workers below state pension age (currently 65) to those aged 65-plus.

Our research shows huge inequalities in the capacity to work by local area. For example, in a third of UK districts healthy life expectancy falls short of 70, exposing the limits to a policy of raising the state pension age (SPA) as a tool to tackle the economic and social issues of an ageing society.

A focus on improving economic activity in the lengthening run-up to retirement would raise lifetime earnings and saving levels, as well as providing the tax revenues needed to fund state benefits. For this to happen the report shows that there must be improvements in health and work capability.

The report recommends introducing particular pension and savings measures for women.As men earn – on average - 80 per cent more than women over a lifetime, this has a knock-on effect on their respective pension prospects.

Jane Fuller, co-director, CSFI, said: “Our report recommends that working partners should be able to contribute to the pension funds of non-working partners, with the recipient also benefiting from tax relief on these contributions.

“We also suggest that new financial products, akin to care annuities, could be developed to assist those in the ‘sandwich years’ – a growing phenomenon that affects women disproportionately as caring responsibilities for children and elderly relatives overlap.”

The report emphasises that lifetime earnings are the key to long-term saving. This is all the more important in a defined contribution (DC) world, where the individual – with help from employer contributions and tax rebates – is responsible for accumulating sufficient funds to supplement the UK state pension.

To encourage saving, the report models a bespoke calculator that can combine the outcomes from a series of contributions, which would help individuals make use of information in the pensions dashboard due to be launched in 2019.

Planned increases in the SPA to 66 this year, 67 by 2028 and 68 by 2037-39 – will mitigate this, but falling participation rates from the age of 50 undermine the impact and miss the opportunity to promote a more sustainable approach.

“The government’s response has been to raise the SPA, first for women and for all as of this year. Yet it has also encouraged people to expect to spend up to a third of adult life in retirement. If you take into account the impact of disability on dependency, the SPA might need to rise even faster than currently proposed which would bury the one-third ideal.

“This would not be necessary under the ‘active ageing scenario’, which would raise the overall activity rate of the working-age population from 80% to 85%. Most importantly, the improvement could largely be achieved if just one in six of those aged over 50 who are now inactive were in work.

“This would not just benefit the individuals concerned but also improve the nation’s economic and fiscal outlook,” he added.

“Longer working lives should also help people to increase their savings for retirement. Clearly, the private sector has a significant role in helping to meet these challenges and Schroders, as a manager of people’s long-term savings, will play its part in that.”

Read the full report here.  A summary - 'Healthy, wealthy and wise:a summary of the CSFI’s dependency trap report' - can be read here.

Professor Les Mayhew is Professor of Statistics at Cass Business School.  Watch him talk about his research interests and wider career below. 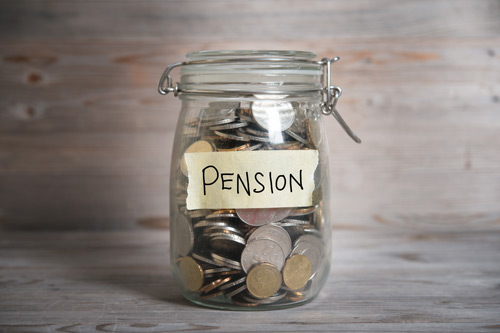