Cass’s successful momentum continues as the School increases its position by 11 places from 2016.

The Financial Times has published its European Business Schools ranking 2017, which assesses the top 95 graduate business schools in Europe. Cass has been ranked equal 4th in the UK and 15th in Europe.

Cass’s position increased across the European Business Schools ranking, as well as in London, where the School is now ranked 2nd overall (up from 3rd in 2016).

The increase in the School’s position across the ranking reflects higher positions in the Executive MBA and MSc in Management, a steady performance in the Full Time MBA, and being ranked in the Executive Education custom ranking.

This is a tremendous result for the School, and a fitting conclusion to a year that has seen us achieve great success across the Financial Times’ rankings. I would like to take this opportunity to thank all of our academic colleagues for your inspirational thought leadership and teaching, and to all Cass colleagues for your vital contributions to enhancing the student experience and our broader community.

The FTMBA was named the top 1-year MBA in London and was ranked 5th in the UK, 13th in Europe and 37th globally. Cass was also ranked number one globally for corporate strategy, and top 10 for finance and entrepreneurship in the UK and Europe.

The EMBA programme increased its position for the third consecutive year to place 5th in the UK, 11th in Europe and 28th globally. Cass was also ranked the best School for career progress in the UK, and holds an impressive position of 8th globally.

The MSc in Management was ranked 18th globally and 3rd in UK. The master’s programme increased its position by 20 places and was ranked as having the best career progress in London.

The MSc in Finance was ranked 4th in the UK and 20th globally. The master’s programme moved up six positions globally, in the face of an increasingly competitive market and with more of schools being ranked in 2017.

Click here to find out more about studying Cass. 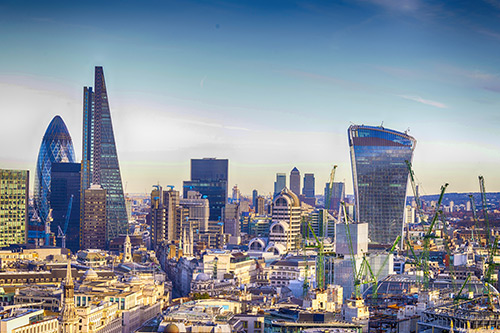