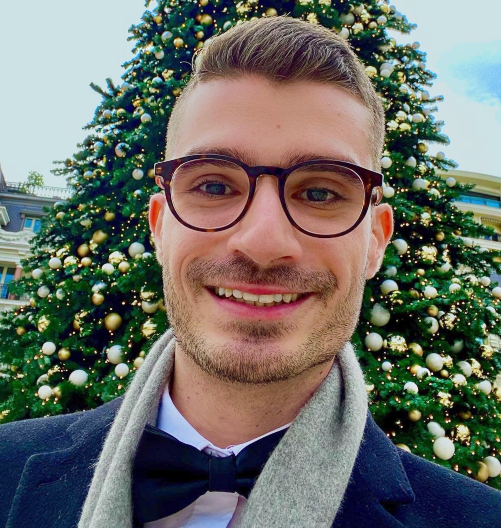 Why did you choose the module Climate Change and the World Economy?

With my deep interests in these subject areas, it might have come to a shock to some in my life that I decided to study a BSc Business with Finance degree, however my motives were clear to me; I wanted to gain knowledge and experience of one of the main driving forces of our world and economy in order to be able to apply my science based knowledge as well as future science based education to the world of business to try and tackle many of the great issues that we face in the coming decades.

As an individual who is a part of the younger generational demographic, it is also important for me to partake in subjects and experiences which relate to the world and the environment in which we live in. This is what pushed me, after 3 years of full-time business oriented and traditional finance-based education, to delve into a module which educates further on the in-depth aspects of climate change as well as how our activities and our relationship with the environment and nature affect these.

We regularly see, and are told that it is up to us, the younger generations, to make the changes needed and fix the mistakes made by previous generations. However, no matter how many times we are told this, we seem to be faced with resistance whenever individuals or groups who push for change speak up.

Studying the Climate Change and the World Economy module allowed me to build further confidence in knowing that even within a business-oriented degree, a portion of individuals are willing and care strongly enough about many causes relating to climate change to take part in an educational path that teaches in depth and provides a knowledge base on this.

This to me was an experience I absolutely wanted to partake in, both from a learning standpoint but also to attempt to take part in such discussions to try and bring some of the teachings I had already been exposed to in the past forward to these conversations.

Being able to learn from this module, as well as the external and extra resources that exist relating to this subject, many of which are provided by said module, gave me the opportunity to not only further my knowledge on these subjects, but also to recognise the importance of my position as well as that of my colleagues.

Such positions of knowledge as well as potential power in making a vital and drastic change were clearly illustrated throughout this experience both explicitly and implicitly.

This opportunity also allowed me to learn about how our positions can be used, as well as how society needs to change, both in ways that are seemingly obvious such as removal of fossil-fuel-based transport, but furthermore leading onto allocation of resources from material resources to educational resources and how said allocations need to be made more equitable if we want to change the world in the way that is needed.

What did you achieve from the module?

During this module, I was given the opportunity to learn vast and new levels of information relating to the effects human activity has on the planet, and furthermore, I got the opportunity to observe and learn about what our future is likely to look like under many circumstances.

I was able to discuss, with all those involved, the importance of certain factors regarding adaptation, or lack thereof, and how our lives are all in some way connected to different variables which affect the state and future of our environment.

Furthermore, I was given many opportunities to present some knowledge as well as facts surrounding aspects of this module that were of specific interest to me. Such opportunities involved individual write-ups that I voluntarily produced, partaking in discussions surrounding facts that individuals may not have known, as well as voluntarily working with other classmates and colleagues who shared similar enthusiasm over subjects to provide an in-depth discussion with our professor and classmates.

Throughout this module, we were given the amazing opportunities to listen and meet various guest speakers from high profile institutions, organisations, and companies from around the world each of which related to our fight to prevent and even reverse some of the worse effects of climate change.

Such individual perspectives, many of which reflected the views and actions of many different segments of industry and population, allowed me to view the striking and important differences about the way the world population(s) will be viewing the issues of climate changes as well as how they believe we will need to address them.

Furthermore, it exposed to my classmates and I, the prominent, and still very current, power structures in the world which lead individuals and institutions of power to continue to pursue certain interests that are not entirely aimed at benefiting the planet, but instead aimed at the survival of their operations and the current worldwide business structure.

Using many critical thinking skills acquired through my time at university this course allowed me to observe these differences in discourse and view the continuing rifts and separations in views and attitudes towards a problem, that is rooted in purely irrefutable scientific fact and who’s effects will be and are far greater than almost any other issue experienced globally.

These discussions and learning opportunities further fuelled my existing passion for climate science, as well as giving me further tools to undertake serious, important, and vital discussions and conversations about the future of the world and the environment as we know it.

Experiencing this module in an otherwise modern-day business-oriented environment has allowed for perspectives to be brought to me regards to the use and application of business and the business world and how such practices must change and adapt to remove the current separation between what is perceived as economic benefit compared to environmental and “sustainability” benefits.

Furthermore, this led me to begin undertaking the next steps to follow a climate and potentially science-based master’s degree.

Why is it an important module?

The subjects that are explored and taught throughout this module, as well as the discussions experienced are not alike to anything that individuals in traditionally business-oriented course would usually be exposed to.

These discussions, that sometimes could be argued as being very different with regards to economic growth and the concept of infinite expansion, are both incredibly interesting but also provide a large change in perspective when approaching any business model in life, especially when considering future sustainability or existence of said models.

For any student, studying any subject at university or elsewhere, it is vital for these subjects to be touched upon and even implemented as a necessary part of understanding both current and future risks as well as general effects of each activity we undertake as a population.

It is vital for all people to understand how there are many uncomfortable truths which can disrupt some if not most of our existing knowledge and expectations surrounding our present and future endeavours in life.

As was previously mentioned, past generations expect us to fix the issues and problems caused by the activities pursued, many of which is still pursued today, by said generations.

To be able to do so, educating all individuals on this subject matter is a vital first step. Furthermore, such education becomes even more important within business and business education, as such practices have been and still are the source of many climate related issues and emergencies.

In an environment in which our planet and its resources become scarce, damaged, or destroyed, business will have no place to operate. And operating on a model which only increases and facilitates this risk, in itself, is counter intuitive to growth and continued long term existence of businesses.

It is with this view that I believe that climate change, its effects and its causes are discussions that are viral and should be implemented in the Business Management education pathways as well all other pathways both relating to the world economy and business as well as those that are not.

Take a look at our current profiles and find out more about our students and our successful alumni.