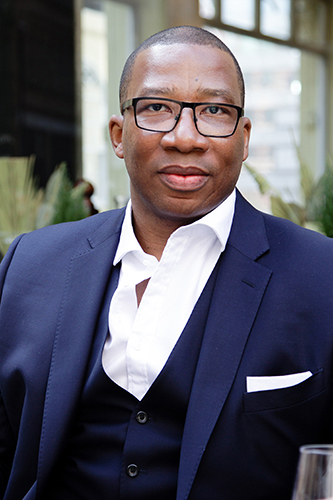 Why did you choose to do the Modular Executive MBA programme?

When I was younger, and for various reasons, university wasn’t an option for me. But I didn’t let that become an obstacle. Instead, I worked my way up to senior positions in the financial services industry. After many years developing my career and progressing nicely, it occurred to me that further education may bring a host of benefits that I had not foreseen at an earlier stage in my career. I set my sights on an Executive MBA to broaden and deepen my business knowledge while all the time working.  At the time, my position was Head of Business Development for Towry, a leading UK Wealth Advisory Company. I wanted to further my career and I felt that an EMBA would help me stand out from my peers. It was also something I wanted to achieve for personal satisfaction.

After attending an MBA fair, I began to research Cass Business School. I spoke to a couple of alumni who highly recommended Cass and the Modular Executive MBA (MEMBA), in particular, as it would allow me to study around my work.

This was the deciding factor for me. I had a lot of commitments to juggle – I ran a charity called Project Volunteer, which helps orphans in Botswana, I had a full-time a job, two young children and was coach for two football teams. At the time, I was also a Toastmaster.

Later on in the admissions process, the professor who interviewed me was very realistic and honest about the challenges that I would potentially face and I knew it would not be an easy path to take.

Nevertheless my family were incredibly supportive, as were my employers, who allowed me to have Friday and Monday off once a month to study. I really wanted to succeed, so I worked hard – up and out of bed early and going to bed late at night. It was tough, and an endurance test, but I squeezed the most out of every hour of the day. Planning was paramount.

What were the highlights of the programme?

I found the teaching inspiring, and was impressed how the faculty were truly passionate about their subjects. Above all they were committed to helping students develop and move forward.

The opportunity to take the international elective in South Africa was a must for me as Africa was where my charity operated and I was keen to see another country and another side to the continent. We visited a number of NGOs and large organisations, attending talks and visiting universities. It enabled me to connect with people and explore the leadership constraints they have from a political perspective, while understanding the business challenges they face.

The International Consultancy Week in Vietnam was also a stand-out experience. Working with a group of other EMBA students, we spent time solving a business problem for a local firm and applying the skills we learnt in the core modules – for example, strategy, leadership development and organisational behaviour. Our solution helped them to move ahead and open another outlet. Very satisfying.

How has the programme impacted you personally and professionally?

Looking back, the two years were an emotional, challenging, inspirational and rewarding journey. I learnt to test myself, and discovered that you don’t know what you are capable of until you put yourself through it. It’s a cliché but true. At one point, around the time of the Business Mastery Project, I had so much going on professionally that I seriously considered deferring for a year. However, one of my professors encouraged me to push on, which I did, achieving a distinction for my Business Mastery Project.

Ultimately, the programme has given me the confidence to set up by myself. Now, I run my own business consultancy and have established a financial advice practice, called DVC Wealth Management. Through my consultancy work, I’ve been made CEO for the Aleto Foundation, working with students and helping them to move into leadership positions.

Having achieved an EMBA has given me an enormous amount professionally and personally. I worked with some wonderful people and made life-long friends. What’s more, I received a BEM Medal in the New Year’s Honours list, and later discovered the person who recommended me was a classmate on the programme.

The Executive MBA will give you the tools to do whatever you set out to do – for me it’s been life changing.