Bayes Leadership expert comments on how a lack of experts in top positions were key in the failure of her premiership.

A failure to rely on proficiency and a lack of credibility as an expert were key reasons Liz Truss only lasted 44 days as Prime Minister, according to an expert in leadership.

Dr Amanda Goodall, Reader in Leadership at Bayes Business School, says her research over 15 years has found that placing non-experts in top positions results in failure. Yet core business experts have been replaced by unknowing generalists in every area of our lives.

Ms Truss resigned as Prime Minister on Thursday following a string of high-profile decisions regarding economic reform. The Conservative Party are now holding a leadership campaign that will result in a third Prime Minister in the space of a year.

Dr Goodall says putting generalists in charge is a trend in the UK’s highest office, saying recent candidates were chosen for “emotional reasons that are driven by ideology” and that “those doing the selecting are often non-experts just like those being selected”.

Dr Goodall also critiqued the path taken by Truss and former Chancellor Kwasi Kwarteng, whose dismissal after 38 days made him the second shortest-serving post-war Chancellor, to their leading posts.

“Leaders need to be credible,” said Dr Goodall. “Following her appointment on 6 September, one of Liz Truss’ first decisions with Kwasi Kwarteng was to get rid of deep expertise. Just 48 hours after taking office, Tom Scholar, permanent secretary to the Treasury and the most senior civil servant in the UK Treasury, was sacked. For months before her election, Truss had derided what she called ‘Treasury economic orthodoxy’.

“There is no reason to believe that either Truss or Kwarteng has any real knowledge of Economics. Truss studied Politics, Philosophy, and Economics at the University of Oxford. Therefore, she completed approximately one third of an undergraduate economics degree. Kwarteng studied Classics and History at the University of Cambridge. He eventually did a PhD in the exceptionally specialised area of the Great Recoinage of 1696 – hardly relevant to today.

“One UK economics professor I spoke to, who preferred to be anonymous, said: ‘If you take the most generous possible view, they have between them approximately one half of an economics undergraduate degree. It’s like somebody taking a few hours of training in a prop plane and thinking they can now fly a Jumbo Jet. It’s ridiculous’. This is absolutely correct.”

Dr Goodall highlighted the views of media commentators following the disastrous mini-budget at the start of October, with one chief economics commentator saying that “these people [Ms Truss and Mr Kwarteng] are mad, bad and dangerous. They have to go” before highlighting “the only sort of leader more dangerous than the rogue the UK used to have is the zealot it has now”. Dr Goodall also highlighted the words of Sir Jim Ratcliffe, billionaire owner of petrochemicals group Ineos, on 11 October after he highlighted the role of rigour in his own company’s success. Ratcliffe said, in response to the energy policy being proposed by the government “It’s like the Royal Opera House being run by a physicist”.

Dr Goodall concluded by saying the legacy of the recently made decisions could be felt for much longer to come.

“Lasting harm has been done to our country,” she said. “This is how costly it gets when non-experts are in charge of something that they simply do not understand.” 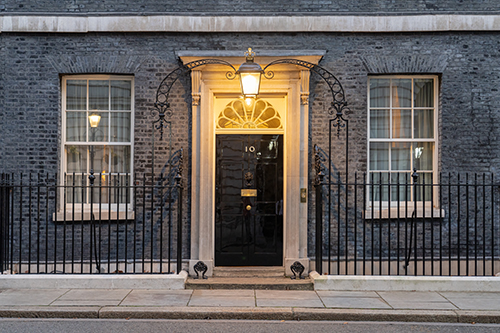 Ritual cleansing or civil war? What leadership contests in partnerships can teach us about the race to become Prime Minister