Professor Bobby Banerjee, who is attending COP27, on why he will not be attending any future editions of the conference.

It’s a glorious afternoon at a luxury resort in Egypt, with six swimming pools leading to a lovely little stretch of beach on the Red Sea. A salsa aquatic class in one of the pools has several enthusiastic participants. Elsewhere, guests are lounging on deck chairs sipping ice cold cocktails. Cheerful waiters are refilling glasses and serving snacks.

My first impression on arriving was that I had entered a gigantic theme park. The roads leading to the resorts were lined with brilliantly lit palm trees in green and yellow, and lamp posts draped in dazzling coloured lights. The night sky was criss-crossed with bright searchlights from the venue to draw attention to the climate emergency facing humanity.

This is my fourth COP, and I don’t intend to come again. Given how little these conferences have achieved since they began in 1995 – not to mention their gigantic carbon footprints – I am convinced it’s time for them to stop.

After 27 years of negotiations, conflicts and breakdowns, the world’s nations have basically agreed: (1) climate change is a serious problem; (2) something must be done to fix it; (3) rich nations should do more; and (4) based on the Paris agreement of 2015, every country should set their own emissions goals and do their best to meet them.

The UN claims that the Paris agreement is “legally binding”, but there are no enforcement mechanisms or penalties for countries in breach. Even current pledges will not be enough to meet the target to restrict global warming to the 1.5℃ target agreed in Paris.

There are three worlds that inhabit COP meetings but carefully evade each other. Official country delegates attend meetings and draft policies. Then there are the corporates and industry associations, who are by far the most significant and powerful presence here.

Over 600 fossil-fuel industry lobbyists are attending. This is more than the combined delegations from the ten most climate-impacted countries, and the second largest delegation after the United Arab Emirates, itself a petroleum power. Among those 600 lobbyists, some have even been invited as part of 30 country delegations.

The third group at COP consists of civil society organisations from a wide range of countries, but dominated by non-governmental organisations (NGOs) from developed countries. Growing numbers of NGOs representing the interests of business and industry (BINGOs) occupy the civil society space in COP meetings to promote particular resource and energy use agendas. Funders include major oil corporations like Shell and Exxon, nuclear giants like Areva, and big miners like Rio Tinto and BHP.

Business and civil society delegates both participate in climate negotiations and host side events showcasing their climate actions. These can seem to take place in parallel realities. Directly after one session organised by international NGO Global Witness about the killings and disappearances of protesters against mining projects in Africa, Asia and Latin America was a session on “mining governance for a just energy transition”.

In this latter session participants from the Democratic Republic of Congo government and the International Council for Mining and Metals described inequalities, environmental impacts, tax avoidance and corruption as challenges facing mining in Africa. There was no mention of the violence and killings documented in the same region in the previous session.

These opposing narratives are a feature of COP, but only become visible during protest marches. Notably, however, COP27 is the first to be held in a “police state”. Before getting to the venue, I spent a few days in Cairo at a hotel near Tahrir Square, home of the 2011 revolution. The square had heavily armed police in armoured vehicles at every corner. I photographed the obelisk in the square with an armoured police vehicle in the foreground and was immediately reprimanded by an angry soldier.

There are remarkably few police at the venue in Sharm el-Sheikh, however. This is because of the extraordinary lengths taken by the organisers to prevent protests.

This has included pre-emptive arrests of local activists, a complicated registration process restricting the wider public to a “green zone”, and unprecedented surveillance including police-monitored cameras in all Sharm el-Sheikh taxis. There is also a “designated area” for protesters away from the venue to avoid the kind of mass protests that have hampered previous COP meetings.

Staging COP in a luxury resort has also priced out activists. Hotel rates average US$250 to US$300 (£213 to £255) a night and there are no “budget” options. A sandwich at the venue cost US$15, though this was halved after complaints. There are also no streets where people can gather, just roads linking the various resorts.

So while over 100,000 people marched the streets of Glasgow at COP26, and previous COPs like Copenhagen, Durban and Paris also saw clashes between protesters and police, dissent is effectively neutralised here. Over 1,000 protesters marched inside the venue on November 12, and I couldn’t even find them.

So what else has changed since I first came to a COP in Durban in 2011? Notably, the marketing of both corporates and NGOs is much slicker. And corporates have become much smarter – I can’t see a BP or Shell or Exxon-Mobil logo anywhere. The corporatisation of COP is complete when BP’s chief executive and four other senior employees are in the official delegation of Mauritania, a country where BP has major investments.

To further consolidate the power of the fossil fuel industry, COP27 has a “Middle East Green Initiative” led by Saudi Arabia with the inevitable net zero pledge by 2050. Saudi also has one of the largest booths inside the conference venue. And it is no accident that the next COP will be hosted by the United Arab Emirates.

In 27 years of COP meetings there has not been a single call to phase out fossil fuels. The only reference was the agreement at COP26 which called for “the phasedown of unabated coal power and phase-out of inefficient fossil fuel subsidies”.

Meanwhile, a massive rebranding exercise is underway at COP27 where natural gas is being positioned not as a fossil fuel but as a “transition fuel”. Once this reframing is complete, the major fossil fuel players will corner all subsidies for natural gas.

In 1995, when COP1 was convened in Berlin, global carbon emissions were 23.45 billion metric tons. By 2021 they were 36.4 billion metric tons. Emissions have increased every year with two exceptions: the 2007-09 financial crisis and during COVID-19. In both cases this was because of economic contraction, not efforts to tackle climate change.

No one at COP will speak of this particular elephant in the room: that it may well be impossible to decouple economic growth from carbon emissions. Emissions rebounded on both occasions and are expected to reach their highest recorded level in 2022.

Let’s look at three other quantifiable COP measures: climate finance, which is seen as key to helping poor countries to reduce emissions; climate reparations from rich to poor countries for damage caused by historical carbon emissions; and the success of technologies to mitigate emissions, particularly carbon capture and storage.

On climate finance, wealthier nations committed at Copenhagen 2009 to mobilise US$100 billion per year for poorer countries. However, they have never achieved this goal.

Meanwhile, the 60 largest banks in the world have invested US$3.8 trillion in fossil fuels since the Paris agreement. In December 2019 investors paid nearly US$26 billion for Saudi state oil company Aramco’s initial public offering. Of course, both fossil fuel companies and banks involved have pledged fictional net zero commitments for 2050.

Climate reparations are on the official agenda at COP27 for the first time, which is certainly a step forward. It’s hard to be optimistic, however. The US will vigorously challenge creating any loss and damage fund for poor countries, as it has consistently done at past COPs.

As for carbon capture, it only stored 0.02% of fossil-fuel CO₂ in 2021. That makes a mockery of this cornerstone of climate change mitigation.

COP represents a gathering of elites. A recent study found that this was a major obstacle to climate mitigation. Excluded are the poor, disenfranchised, and those who bear the brunt of climate impacts but contributed least to the problem (and will bear the impact of rich nations’ energy transitions because the necessary minerals and metals will be extracted from their lands). Increasingly dissent is becoming criminalised, not only in “police states” but in western liberal democracies too.

It is time to end this spectacle of private jets flying in dignitaries and delegates to discuss the climate emergency. Genuine civil society organisations should boycott future COPs and focus on direct action at national and local levels. They need to make their governments accountable for emissions targets, and target fossil fuel corporations and the banks that finance them.

There is no accountability in COP, only a diffusion of (ir)responsibility that legitimises corporate power. COP27 will go the way of previous COPs: empty promises, stirring speeches and slick corporate campaigns. And higher carbon emissions next year.

So let COP become another Davos, a conference of and for the rich. There are plenty of luxury seaside and ski resorts in countries eager to host the next few COPs. Just don’t go there.

Professor Bobby Banerjee is a Professor of Management at Bayes Business School. This article was originally published in the Conversation. 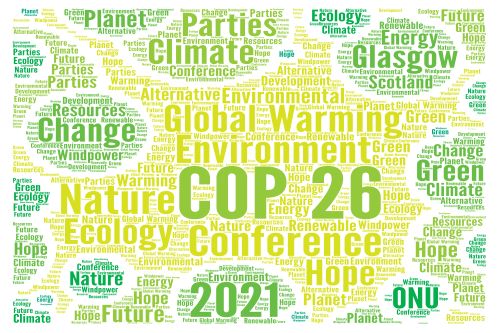 How businesses can start to be part of the solution, and not the problem, when facing the climate crisis 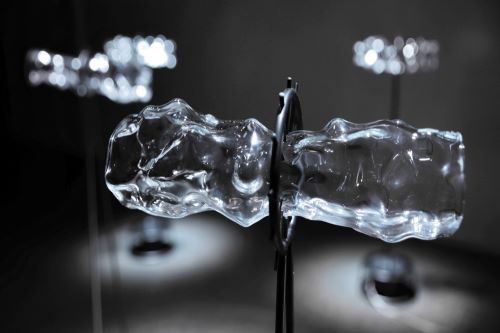 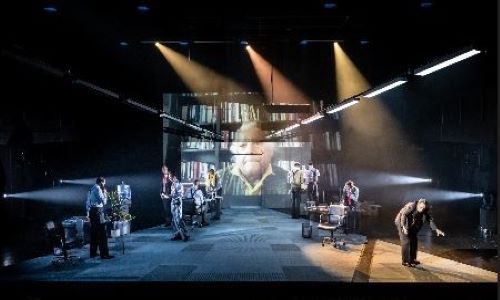