"Let me start by congratulating you on your achievements. I know you have all worked hard to get here. Let me also acknowledge the help and support of your friends and family. Great achievements are only possible with the support of others.

"A few weeks ago, I was at a long-delayed Bayes event among around 1000 alumni, supporters and students of the school. I had just been speaking with someone who had graduated from our School over 50 years ago. He told me how his degree had changed his life and taken him in an entirely different direction to that which he had planned. His life and career had been exciting and rewarding, he told me, and he thanked our school for being part of laying the foundation for that.

"After our conversation ended, I spoke to a group of younger people. They were undergraduates – one of them was about to graduate – perhaps you are here today. I asked him what he would like to hear about in his graduation speech. He was quick to answer – ‘We are sick of hearing about the past, Covid and all that. We want to just move on. Talk about the future’.

"He is right. Getting a degree during normal times is hard work, but getting a degree during Covid is something else entirely. To say these years have been challenging is a massive understatement. You rose to the challenge and now you are here. But let us not dwell on where we have been – let’s focus on where all of you are going now, which is the future.

"Our ability to think about the future is one of our greatest blessings but often also described as a great curse. It gives us the capacity to plan for what is to come, to imagine how things will be different, and to take action to make a difference. But it also means that we are aware of the bad things which might happen. An interesting feature of humanity, though, is that most of us are terrible at thinking about the future.

"About a decade ago, a team of scientists received funding from the US military to understand how best to predict the future. They gathered tens of thousands of forecasters - people whose job it is to make predictions about the future – and asked them to make bets about geopolitical events – the outcomes of national elections or the price of oil. The scientists then tracked how accurate forecasters were and in the process they discovered some interesting things. 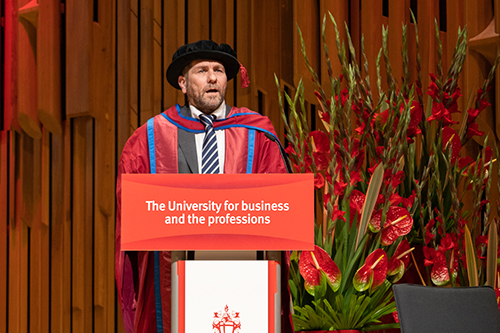 "They discovered that when forecasters made predictions, their judgements reflected three things: information, bias and noise.

"As you would hope forecasters made use of information about the past and present to make guesses about how the future might be. For instance, if they wanted to predict the outcome of an election they might look at current opinion polls.

"The researchers also found that predictions would often reflect forecasters’ biases. These included their hunches or skewed readings of data. For instance, some forecasters might rely on their own personal likes and dislikes of candidates in an election to make predictions about who might win.

"Finally, forecasters would often embed what the researchers called ‘noise’ in predictions. This is random data which is not directly relevant to the decision at hand. For instance, when making an election prediction in one country, a forecaster might include irrelevant information such as the outcomes of elections in other countries.

"As you might expect, the researchers saw fairly quickly that good forecasters made excellent use of information. They tried to minimise their biases and they did their best to ignore noise. Perhaps the most interesting thing they found is that novice forecasters most rapidly improved their predictions about the future when they got better at ignoring noise. Ignoring noise would increase the accuracy of their predictions by about 50 per cent.

"There is a lesson here that is useful for all of us – if you want to think more accurately about the future start by trying to shut out the noise which is around you. That means paying less attention to the constant din of pointless and irrelevant information, scandals and stories. When you get better at switching off noise, you get better at focusing on the information which matters. Ignoring noise is hard in an age of social media, but being able to focus on relevant information can serve as a secret superpower which will help you make better decisions about your own future.

"Once the researchers running this study discovered what led forecasters to make mistakes, they asked themselves how they could improve the way forecasters thought about the future. When they took a closer look at the data, they discovered a group of ‘super forecasters’ who were really good at making predictions about the future. They also noticed that these super forecasters did three things which others did not do: they followed basic statistical principles, they worked in teams and they tracked their results.

"One of the striking things about superforecasters is that they follow procedures which are taught in basic statistics classes. For example, they give precise predictions rather than vague indications of the future. A vague forecaster would say thinks like ‘I think the oil price will go up’ while a superforecaster might say something like ‘There is a 60 per cent likelihood that oil prices will rise by 50 per cent in the next year’. This precision meant people had a much clearer idea of what forecasters were talking about. They could also express how certain they were about their judgements.

"Super forecasters also paid attention to base rates. Instead of focusing on an event in isolation, they asked what the underlying likelihood of something happening is. For instance, if they had to predict whether the left or the right would win an election, they would not just look at the individual candidates. Instead they would ask themselves, in all past elections, how often have each side won in an election.

"Finally, bad forecasters often made grand predictions and stuck with them. Superforecasters, in contrast, made small but frequent updates to their forecasts. Whenever they got new data, they updated their beliefs about what they thought would happen in the future. To use a phrase that you might have seen around the place recently, this meant that they were always learning.

"A second note about superforecasters is that they were not lone wolves. They usually worked with others. Teams of superforecasters were typically made up of people who were honest, open-minded, humble and had an analytical mindset. Teams were also fairly intellectually diverse. Instead of all being experts in a single topic (say economics), they often came from a range of areas of different expertise (e.g a team might comprise an economist, a politician, an engineer and a doctor). Finally these teams of superforcasters trusted each other. They were willing to work with each other and didn’t engage in destructive competition to be right.

"The final striking thing about superforecasters is that they kept a record of how accurate they were. Some forecasters, and I’ve met more than a few of these (perhaps even in the mirror), have a bad habit of making predictions, ignoring the times they are wrong and only talking about the times they are right. Superforecasters were honest with themselves. They kept track of both when they were wrong and when they were right. By doing so, they were able to reflect on how they made their predictions, to see their mistakes and to make better predictions next time.

"So all of you are probably asking ‘what has this got to do with me? The answer is a great deal.

"As you leave university and start the next stage of your life, you will need to start thinking about your own future and what next steps to take. You will all have to make decisions – which industry should I work in, where should I live, who should I work with and so on?

"To make these decisions in a more effective way, I think we all need to heed the lessons of superforecasters: Pay attention to basic statistical principals like understanding base rates, and frequently updating your predictions in proportion to recent evidence. Work with others who are open-minded, humble, and analytical but also have different expertise from you. Finally you need to keep track of how right and wrong your predictions have been and try to learn from that. Doing these things will mean you make better decisions about the future.

"One aid that you will surely find useful in making decisions about your future is our network of over 50,000 alumni in 160 countries who will be there to advise you and support you. Please keep in touch with us and with one another and be sure to help out other alumni in the future. You are joining an amazing community by all measures.

"Our graduates go on to do many things in their lives: they have reached the top of the largest corporations, worked in key roles in consulting and banking, starting thriving businesses, made government policy, run NGOs and led political and cultural movements, raised families, helped their communities and much more. I look forward to seeing what each of you do next. I don’t know what it will be, but I am sure it will be exciting, important and impactful.

"Once again congratulations to you all." 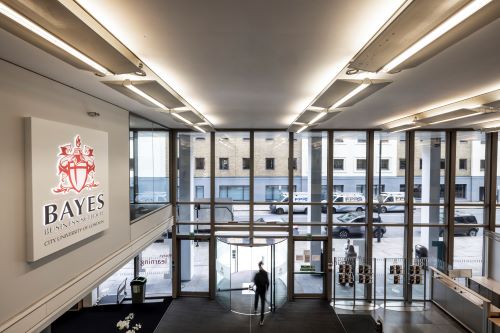 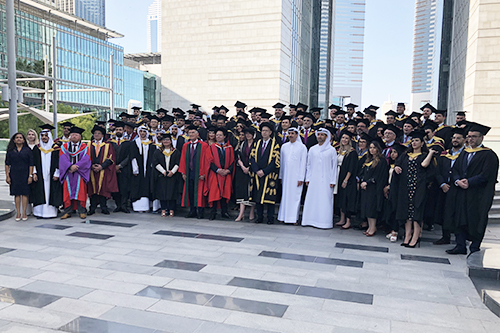 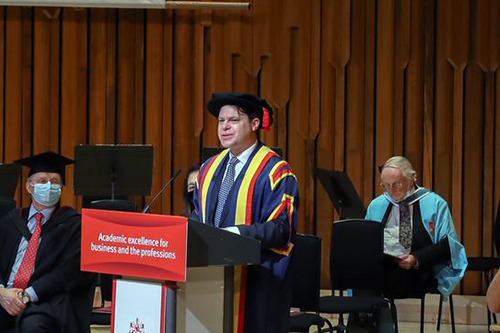 "You've learned new skills, met new people and faced your fears in ways you did not expect"