MBA Symposium continues with a look into how the world’s energy and climate problems are affecting economic growth.
All Expert Comment; Announcements
by Hamish Armstrong (Senior Communications Officer)

The challenge of energy supply, cost and sustainability in a politically fractured world was at the forefront of day three of the Bayes MBA London Symposium.

The four-day Symposium, focussed on the ‘Time to Build” theme looking into the UK and London’s role on the world stage, took MBA participants from Bayes Business School (formerly Cass) and beyond to the Royal Institution in the morning for a series of talks dedicated to energy transition.

Liam Halligan, The Sunday Telegraph columnist and economist began by talking about the political tensions that currently beset progress on sustainable and affordable supply of energy – namely the current conflict in Ukraine. Mr Halligan also spoke of the drawbacks in ideological thinking behind green initiatives, given their general cost and practicality.

This was followed by a presentation from Dieter Helm, Professor of Economic Policy, University of Oxford, focussing on the steps needed if we are to achieve Net Zero by 2050.

Professor Helm outlined a seven-point agenda towards turning good intentions into positive and meaningful actions on the world stage, and criticised the numerous policy plans and conventions that had been drafted throughout time and had failed to make lasting progress. Like Mr Halligan, Professor Helm also pointed to the pitfalls of activating and producing renewable sources of energy – lamenting their “intermittent” nature and dependency on other supplies, using wind power as an example for reliance on favourable weather conditions.

Next to speak was Ali Miraj, Infrastructure Financier at ING and Bayes alumnus. Mr Miraj spoke about the economic and cultural obstacles facing the UK, including what he describes as “liberalisation being challenged” in parts of the world. Echoing the sentiment of previous speakers, he called on the UK and European Union to fight for alternative sources of energy following Russian sanctions, and emphasised the importance of science, technology, engineering and mathematics (STEM) subject education in schools as part of the Government’s Levelling Up plans – along with greater alignment between public and private sectors to facilitate sustainable solutions at a greater pace.

The final speaker of the morning was Paul Stein, Chair, Rolls Royce Small Modular Reactors. Mr Stein discussed the challenges involved in revolutionising the allocation of energy and the importance of synergy between governments, industry, academia and finance in successfully achieving transition to low-carbon generation.

He also spoke about the merits of nuclear power in spite of high-profile incidents and subsequent negative publicity, citing a higher threat to life from floods, deforestation and bush fires from climate change caused by other energy sources.

In the afternoon, delegates were again able to attend one of three masterclasses to discuss ideas further with industry experts.

Subjects included the transition to greener energy and shifting the energy mix towards more sustainable options, sustainable housing and infrastructure, and the case for and implementation of solar energy and other renewable designs.

Sally Taplin, business consultant, Visiting Lecturer on the Bayes MBA Programme and lead organiser of the Symposium, said the day had provided rich food for thought.

“The Symposium aims to bring together many of the brightest business minds to discuss and tackle the biggest challenges that face our generation,” Ms Taplin said.

“The damage caused by climate change is significant and indisputable, but successive world leaders and experts have failed to agree on universal and concrete efforts to reverse its effects.

“The argument for many boils down to ‘sustainability v growth’, and if they’re simultaneously achievable. Today’s sessions examined both sides of the coin and critically assessed ways forward that are sympathetic to each.”

About the Bayes MBA London Symposium

The Symposium is an elective element of the Bayes MBA Programme, which brings together more than 150 students from all Bayes MBA cohorts, as well as MBA teams from partner schools in South Africa and Europe.

The first Symposium was held in 2014 to celebrate the Bayes’ unique network inside the heart of one of the world’s best global cities. The Symposium mixes thought leadership in plenary sessions with a ‘backstage pass’ to some of London’s most iconic brands and organisations which drive the city’s prosperity.

You can tweet about or from the Symposium using #TimeToBuild2022. 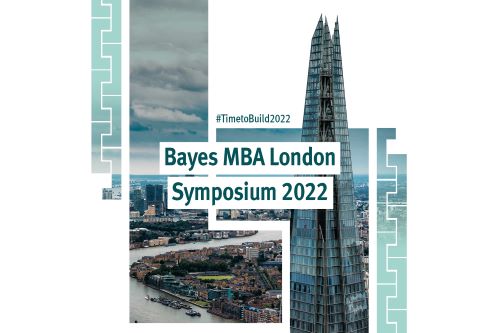 MBA London Symposium 2022: The values and demands of leadership in a changing world 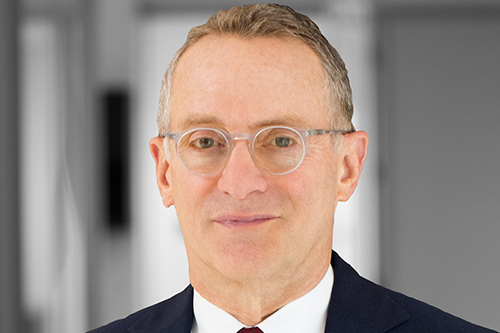