First day of the MBA Symposium addresses the state of the United Kingdom and London as the world looks to bounce back from the pandemic shock.

The ninth MBA London Symposium kicked off at Bayes Business School (formerly Cass) with the theme of ‘Time to Build’, aiming to examine the role and focus of London’s industries and how its businesses should lead from the front.

Making its return as an in-person event for the first time in three years, the four-day elective welcomes participants from Bayes’ MBA programmes as well as visitors from around the world with a mix of highly-renowned guest speakers, masterclasses and business visits – where they are able to live and breathe some of London’s iconic industrial hotspots.

Day One of the Symposium centred around London’s response to the pandemic and subsequent economic shock and recovery, as well as the United Kingdom’s independent position on the world stage following Brexit.

The first of the day’s guest speakers was James Woudhuysen – journalist, broadcaster and Visiting Professor at London’s South Bank University. Professor Woudhuysen spoke of the legal and logistical environment that is holding the UK back from maximising its productivity, as well as the steps that should be taken to ensure progression in infrastructure and transport.

Next to speak was Joan Hoey, Regional Director Europe, Economist Intelligence Unit, at the Country Analysis Division. Ms Hoey’s talk examined the challenges and opportunities posed by Brexit, and how the EU Referendum of 2016 and subsequent General Elections had “led to a realignment of the British political spectrum”, causing a “decisive rupture within the UK’s class element”.

She then addressed ways in which the UK Government could prioritise growth with new trade opportunities, and restore inflation to regular levels following further shocks of the pandemic and the ongoing war in Ukraine.

Phil Mullan, Author of ‘Creative Destruction – How to Start an Economic Renaissance’ and ‘Beyond Confrontation – Globalists, Nationalists & their Discontents’, then gave historical insights into how growth occurs through a shift of resources towards higher productivity. Mr Mullan cited three stages in which this takes place: investment in innovation from leading companies, diffusion of this investment into smaller companies, and business churn as less productive companies cease to exist – which he referred to as “creative destruction”.

Mr Mullan explained that the furlough scheme in the pandemic had most likely stifled this growth by providing a lifeline to low productivity, “zombie” companies.

The final speaker of the morning session was Andrew Carter, CEO of Centre for Cities, who provided an in-depth analysis of the economic and productive gaps between London and other major UK cities like Birmingham, Manchester and Leeds, compared to other countries in the world that are less reliant on a single city for growth.

Mr Carter warned of the uneven economic distribution of the UK, urging the Government to consider spatial aspects to allow for urban expansion with better transport links and infrastructure.

The afternoon sessions gave students an option between business site visits to Accenture Interactive Innovation Lab or The Reform Club in Pall Mall, or a Masterclass with Michael Shea and Damian Glover from Wider Team – the Identity of Things strategy practice. Mr Shea gave a virtual presentation about developments in digital identification and the need for decentralised systems to achieve supply chain efficiencies and facilitate “reusable, verifiable and universal” characteristics of online identity.

Reflecting on the first day of the Symposium, Ms Taplin said the sessions illustrated the importance of liberalisation in stimulating growth.

“With all the economic shocks that have impacted the world and UK in the last few years, we are now firmly at a crossroads with how we recover and continue to grow whilst maintaining our influence around the globe,” she said.

“Day One of this year’s MBA London Symposium examined this from several angles, seeking to identify the UK – and in particular London’s – position compared to global competitors when it comes to productivity, innovation and leadership.

“Most of all it is fantastic to see the Symposium return as a face-to-face event again, and to see participants and delegates engage with our guest experts on the burning issues of day affecting London.

“Throughout the week, we will be exploring in more detail the new roles of leadership, maximising economic growth and the future of work.” 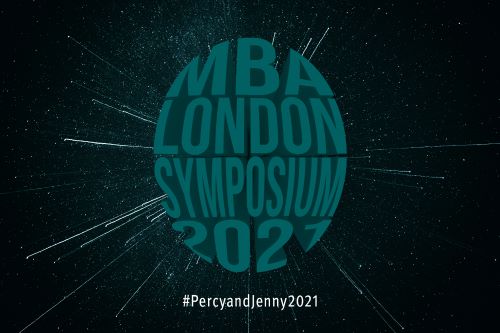 MBA London Symposium closes with focus on leading change, competing with artificial intelligence and the benefits of becoming interplanetary 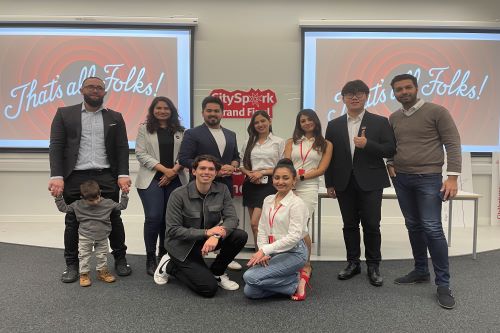 Businesses of today and tomorrow flourish at CitySpark