An MBA alumnus at Bayes Business School (formerly Cass) has encouraged a strong team, a learning culture and a focus on achieving results for those targeting a successful career in business after securing a lucrative investment in his technology-enabled company.

An MBA alumnus at Bayes Business School (formerly Cass) has encouraged a strong team, a learning culture and a focus on achieving results for those targeting a successful career in business after securing a lucrative investment in his technology-enabled company.

Alberto Lopez-Valenzuela began a stakeholder intelligence platform – alva – in 2010, and has now obtained a new majority investor - Falfurrias Capital Partners. It follows a new partnership with Ballast Research and Hamilton Place Strategies, allowing for the growth of alva – which provides real-time intelligence to companies in industries including financial services, consumer, healthcare, and professional services.

After he graduated 20 years ago, Mr Lopez-Valenzuela had worked in a number of companies in the business intelligence sector, but it wasn’t until he was made redundant from his last job when he decided to give his total focus to setting up the business and becoming an entrepreneur.

“My time at Bayes Business School allowed me to progress in so many ways. Beforehand, I had a narrow view of business, but the MBA helped me opened up the vision I had. It was a critical factor in growing my confidence to set up the business – I was able to learn across a range of topics – finance, marketing, technology – and I understood enough to get started.

“We had a prototype and needed the funds to develop the technology. Bayes Entrepreneurship Fund took a leap of faith in supporting the business plan which was a huge vote of confidence to get started.”

Mr Lopez-Valenzuela has been a visiting professor at Bayes, said his passion and work ethic for business came from his father, who he worked with in his factory while growing up.

“My dad was a traditional businessman, and he insisted on the discipline of work ethic and the importance of being ready and acquiring knowledge. From my early age I felt more comfortable being autonomous and creative and help others. But I also felt that I needed to learn from different experiences prior to setting up a business.

While he graduated in 2001, the partnership with Bayes did not end following his graduation. In 2010, the Bayes Entrepreneurship Fund – a £10 million venture capital fund was launched. This provided equity growth investments into high-potential, early-stage companies. alva was selected as its first investment and led a financing round alongside a number of business angels.

Five years after this initial investment round and following impressive growth, alva attracted a series A round from Grafton Capital, with the Bayes Entrepreneurship Fund remaining a shareholder.

“I think is important to have a constant drive of finding ways to do things better, so, in that sense, alva has always been a work in progress,” continued Mr Lopez-Valenzuela. “But I have learned that by working with great people that you trust and can learn from you can make a success of projects.

“My advice to those starting out on this journey would be accept that you and your belief will be tested constantly, and the key is to stay in touch with what you want to achieve and more importantly why you want to achieve it. Have a long-term vision but don’t plan for longer than six months at a time, as situations change and you need to remain flexible and adaptable to opportunities.”

Mr Lopez-Valenzuela added that, when looking for an investor, the most important criteria was to find a partner that would be aligned to the vision of the company. With the initial investment, he was able to scale alva to win multinational clients and, following the 2015 investment, the company further developing its technology and customer base. And with offices in London and New York and around 65 employees in total, he is excited at the future of the company.

Helen Reynolds, MD & Investment Director at Bayes Entrepreneurship Fund, said: “We are delighted that alva was the first investment made by the Fund. Alberto is an inspiring and committed entrepreneur and it has been a pleasure to provide support as he has grown alva into a real success story in its marketplace.” 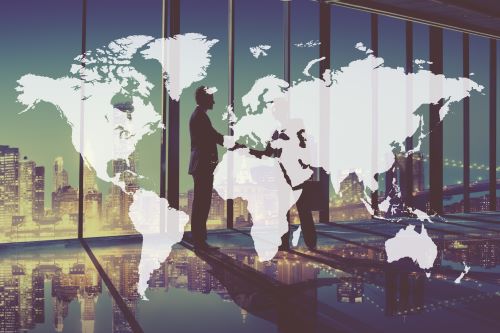