What does the National Security and Investment Bill mean for M&A?

The Cass M&A and PE Society at the Business School (formerly Cass) was joined by John Fingleton, CEO of Fingleton and former CEO of the Office of Fair Trading to discuss the Government’s National Security and Investment Bill.

The Bill, which has been debated in the House of Lords, will give Government more powers to veto M&A and investment activity from abroad.

Mr Fingleton spoke about why the Bill was being proposed, and outlined the non-financial reasons behind political intervention in global mergers in acquisitions. He also discussed the origins of governmental unease as well as his own thoughts on whether the measures were useful and effective.

A Q&A with audience members followed the talk, which addressed the impact of Covid and Brexit on worldwide protectionism among other topics.

The conversation was hosted by David Petrie, Head of Corporate Finance at the Institute of Chartered Accountants of England and Wales (ICAEW) and member of the Mergers and Acquisitions Research Centre (MARC) Advisory Board at the Business School.

“It was a very enjoyable experience interacting with students and guests.

“The National Security and Investments Bill is just the latest milestone in a series of events since the turn of the Millennium that are reshaping the M&A space for businesses and investors.

“It is important for people involved in M&A and investment generally in particular to understand implications of the Bill and why the Government would wish to monitor investment activity with more scrutiny.”

“Political tensions are having a profound impact on the structure and regularity of M&A activity across the world.

“The UK had a stable and relatively open regulatory market, which is one of the main reasons why it has attracted so much overseas investment.

“It was really interesting to hear the thoughts of two key figures in policymaking discussing the latest industry developments and how the National Security and Investment Bill will impact not just UK activity, but activity across the world.

“The Cass M&A and PE Society works alongside the Mergers & Acquisitions Research Centre (MARC) to bring together discussions with a mix of academics and professionals.

“We are really grateful that Mr Fingleton and Mr Petrie were able to join us and offer their expertise and candid advice to students about future careers in M&A.”

Read more about the Cass M&A and PE Society.

Find out more about the Mergers and Acquisitions Research Centre (MARC).

Take a look at upcoming events at the Business School (formerly Cass). 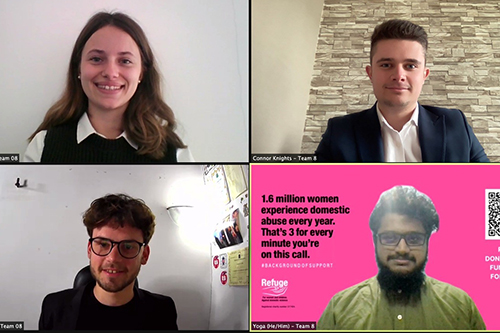