Rapid delivery grocery apps have flourished during the pandemic – but will they permanently change how we shop?

Dr Janina Steinmetz writes for The Conversation about the future prospects of rapid food delivery services in a post-pandemic world, and how it may depend on consumers willingness to change their habits.

Billions of dollars are flowing to support companies you may never have heard of – startups with memorable names like Zapp, Deliveroo, Getir and Gorillas. These speedy delivery companies have become the go-to for many grocery shoppers trying to avoid busy supermarkets during the pandemic, and have caught the eyes of venture capitalists.

Investors have closed over US$7 billion (£4.9 billion) in deals backing these companies in the first quarter of 2021, nearly four times the value in the previous quarter.

These new players promise an enticing service: apps that let consumers order groceries with delivery times of a mere ten minutes for a small markup, currently around 10 per cent.

But is there still a place for these rapid delivery services in a post-COVID world? Much of that depends on whether shoppers can – or want to – change their delivery habits.

As the pandemic hit in early 2020, consumers quickly shifted their grocery shopping habits. Instead of risking disease exposure and waiting in long queues, consumers started to rely on delivery services, and for many, it became a habit.

These services’ relatively small markup for groceries, given the convenience of the almost immediate delivery, is exactly what these companies need to achieve their goal of changing consumer habits. In contrast, the more traditional delivery services of large supermarket chains typically deliver groceries without a markup, as long as the minimum spend is met.

Research has shown that many consumer decisions, such as which coffee to buy, are habit-driven. After all, consumers would take hours in the supermarket if they had to ponder anew each product choice. Instead, they typically buy the same pasta they bought last time without much thought.

Like these choices, ordering groceries via app has become a habit for many people that doesn’t require much deliberation. Rather than planning meals for the next few days, consumers might factor in the option to rapidly order anything they need. This might create a habit of following every whim or satisfying every ice-cream craving.

Habits are difficult to break, especially when the habitual behaviour seems to carry little cost. Every smoker knows this logic: a single cigarette has virtually no harmful impact on a smoker’s health, so it seems not worth the effort to resist temptation. However, the costs of having multiple cigarettes add up, ultimately endangering the smoker’s health.

For rapid food delivery, the costs to the consumer are also relatively small – at first. Prices might be a bit higher, but the convenience seems worth it. Ordering easily via app becomes tempting, and there are no obviously compelling reasons to resist. Many companies will also throw in initial discounts for first-time customers.

Once a consumer has ordered rapid delivery a few times, the service is likely to replace past behaviour, like a quick trip to the corner shop. If the consumer then continues ordering rapid delivery, a habit is formed. In fact, research shows that consumers who perform a behaviour regularly for about six weeks have created a habit.

Currently, rapid grocery delivery is only available to consumers in large cities. Despite the stereotype that such services would mostly be used by tech-savvy younger consumers who are experienced with app-based services, many older consumers also value rapid delivery.

At the moment, the future costs of a rapid delivery habit are relatively invisible, but after the pandemic, you can expect to see costs – financial and social – materialise.

Also invisible are the social costs. Smaller grocery stores and restaurants that are often family-owned may be pushed out of the market. Although rapid delivery creates jobs as well, delivery drivers face tight deadlines and receive low wages with little job security.

Once a habit is formed, it’s difficult to break. But transitional phases, such as returning to the office after a long time working from home, can nudge people to rethink unwanted habits. As life slowly returns to pre-pandemic normality, consumers have an opportunity to reevaluate which business models they want to support.

Consumers wanting to reevaluate their habits should do the following:

COVID-19 changed consumer lives dramatically and rapidly, with little time for reflection on these changes. Now, the reopening is slower, and consumers have the opportunity to anticipate and actively plan for the coming changes. This opportunity should not be wasted, but should be used to change consumer shopping for the better.

This article was originally published by The Conversation. The author is Dr Janina Steinmetz, Senior Lecturer in Marketing at the Business School (formerly Cass). 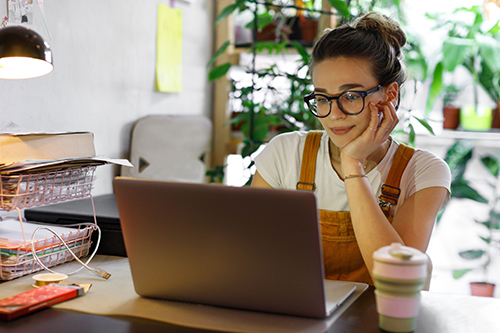 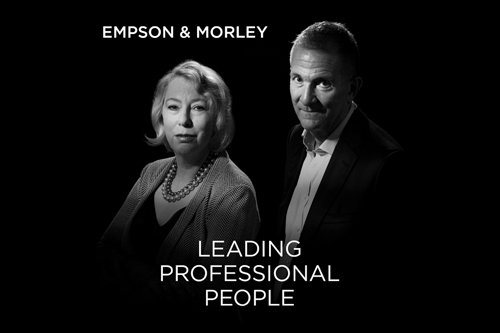 New podcast reveals the secrets of leadership in a professional environment