Professor Feng Li writes for City AM about the importance of Citymapper creating a more sustainable business model for the future.

There is immense value in being able to navigate around major cities on the go, avoiding the stress of checking multiple forms of transportation on varying platforms, especially as we start exploring again post-lockdown. Citymapper, an app almost ubiquitous in cities like London, is built with a simple and functional interface to make it the “ultimate” app for mobility. But the minds behind Citymapper need to focus on the long-term strategy to continue to navigate their own future.

The app integrates data for different modes of transport including underground, buses, taxis, walking and cycling. It offers different routes to get people seamlessly from A to B, and even offers rain-proof options which minimise walking for those grey days in London. The app is free to 50 million users across 80 cities around the world. For urban navigation, it offers a great alternative to services from the big players such as Google Maps or Apple maps.

Since it was founded in 2011 by former Google employee Azmat Yusuf, the company has raised £45m funding from venture capitalists (VCs). In May 2021, a new crowdfunding campaign on Crowdcube exceeded its initial target of £1m within hours, closing the campaign after just one day and taking in £6.7m from 9,000 retail investors – the fastest fundraising in Crowdcube’s history.

Despite its popularity, however, the company loses money, and its route to profitability is not yet obvious. At some point it will need to find a viable business model that is sustainable and scalable. Even though the scramble for Citymapper shares recently went through the roof, many investors were put off by the lack of financial strategy for the future.

Recent research has found consumers are more willing to support a crowdfunded product than a VC funded product as they want to champion the underdog, who the consumer feels is disadvantaged in terms of power, influence, or financial means.

While this may be true compared to heavily resourced and financed services like Google Maps, Citymapper, underdog or not, is a product that needs continuous investment to survive, at least until it finds a sustainable business model.

The current strategy of pulling in an income from its travel card, Citymapper Pass which is only available in London, and its subscriber “Club” service providing more personalised journey suggestions for £2.99 a month or £19.99 a year, is not enough.

As the pandemic struck, the numbers of journeys taken across the cities on Citymapper plummeted by up to 95 per cent. Although restrictions across Europe are now easing, the international travel picture remains uncertain, meaning usage is, in the main, restricted to the country the user lives in.

The app is expanding, with additional Italian and Spanish cities now available on the platform, and more planned in the months ahead but the best of the app is available for free. So how does an app make more money when their unique selling point is, ultimately, its simplicity?

Citymapper does the job it is designed for very well. Adding to that may ultimately be diluting its very purpose. Look at Zoom and Teams – we use them for one purpose because they cater best for our needs at that moment. The same is true of TikTok and other social media platforms. The difference between these apps and Citymapper is that Zoom and TikTok have found regular revenue streams and profitable business models, enabling them to race ahead to attract and retain customers, yet the financial future for Citymapper is still uncertain.

Citymapper has made its mark, it has the audience, but it must also be willing to sell its name as being an alternative to tech giants if it is to compete with them.

When you look at the basic mechanics of any developing business, finding a steady and reliable source of income is at the top of the to-do list. They will need to find ways of generating more revenue soon or be acquired by someone who is able to generate revenue directly or indirectly from it. It is not uncommon for digital firms to run at a loss in their infancy, but unless someone is prepared to fund Citymapper while it explores different business models, it could well fall at this hurdle or be subsumed into a big player with deep pockets.

This opinion piece was first published in City AM. Professor Feng Li is Chair of Information Management at the Business School (formerly Cass). 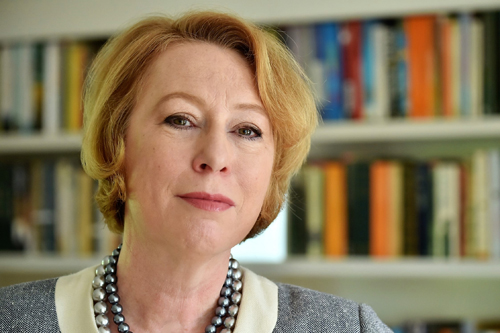 Collegiality in the time of Corona