Six new medical scholarships have been launched by the Business School (formerly Cass) to honour UK doctors who sadly died during the Covid-19 pandemic.

The Commemoration Scholarships were motivated by the death of Dr Kirsty Gillgrass who had been a student on the Executive Master’s in Medical Leadership. Each of the doctors remembered here believed strongly in medical leadership – the need for doctors to move into leadership and management positions in health care organisations.

The six doctors remembered in the scholarships are:

The scholarships, which are worth £5,000 each, will be offered first to doctors who would like to join the Executive Masters from a non-Apprenticeship Levy route.

Dr Amanda Goodall, Director and founder of the Executive Master’s in Medical Leadership (EMML), said: “More than any group, doctors have become leaders during the pandemic. We have seen how much our doctors on the leadership masters have used their training to manage the many challenges over the last 18 months. These scholarships recognise their leadership and public contribution."

Dr Kirsty Gillgrass is described as an instrumental GP by those who knew her, who went beyond expectations to care for her patients. She was passionate about doctors stepping into leadership positions.

Clinical director of NHS Sheffield CCG, a GP partner and trainer in the city, and RCCP fellow, Dr Gillgrass graduated as a Bachelor of Medicine and Bachelor of Surgery from the University of Sheffield in 2004 and went onto hold various medical and leadership positions in the city, including as an academic teaching fellow at the University’s Unit of Primary Care.

She was both a clinical and educational supervisor for GP Trainees in Sheffield, overseeing their day-to-day training.

Dr Gillgrass sat on the committee of Sheffield Women in Medicine (SWiM) – a network to support, empower and enable women in healthcare – where she was praised for being the ‘absolute epitome of what SWiM stands for as her determination, grit and drive helped build the community to what it is today’. She was also instrumental in the development of an NHS charter for gender equality.

Dr Gillgrass is survived by her husband Jon, and two young sons. 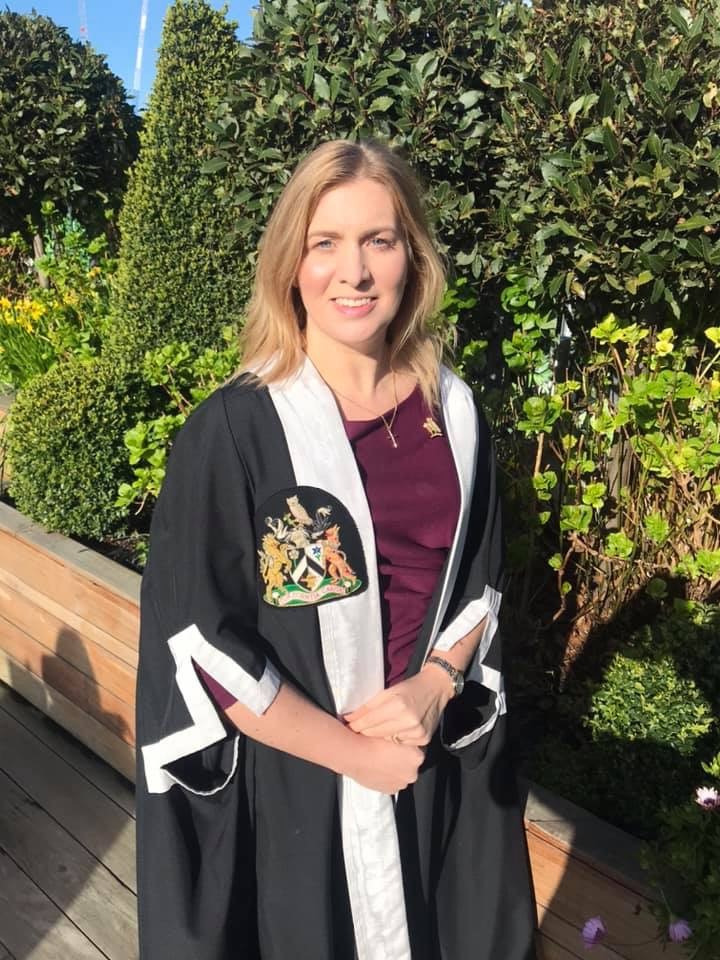 Dr Paul Kabasele was a highly experienced ophthalmologist who specialised in medical retina, glaucoma, and uveitis. Throughout his ophthalmology journey he managed AMD patients with intravitreal injections. He was also confident and experienced in applying laser such as SLT, YAG Capsulotomy, Peripheral iridotomies, Argon pan retinal photocoagulation and macular grid.

Dr Kabasele passion and commitment in ophthalmology went beyond the UK and extended to his home country – the DR Congo – where he had begun to research into glaucoma there and how to introduce laser treatment to prevent loss of eyesight. This journey was tragically cut short on the 24th April 2020 when he became a victim of Covid-19.

Beside dedicating his time to ophthalmology, Dr Kabasele was a significant figure in the community as he fulfilled multiple roles including visionary and senior pastor of the Rock of Ages Christian Assembly: Mentor, Motivational speaker and a good friend to many.

The titles which he carried with the most pride were husband to Nicole, father to six children and grandfather to Johan and Sariah.

Dr Kabasele, who was described by those who knew him best as a man of faith, family, and work, was a man of integrity who would always practice what he preached. 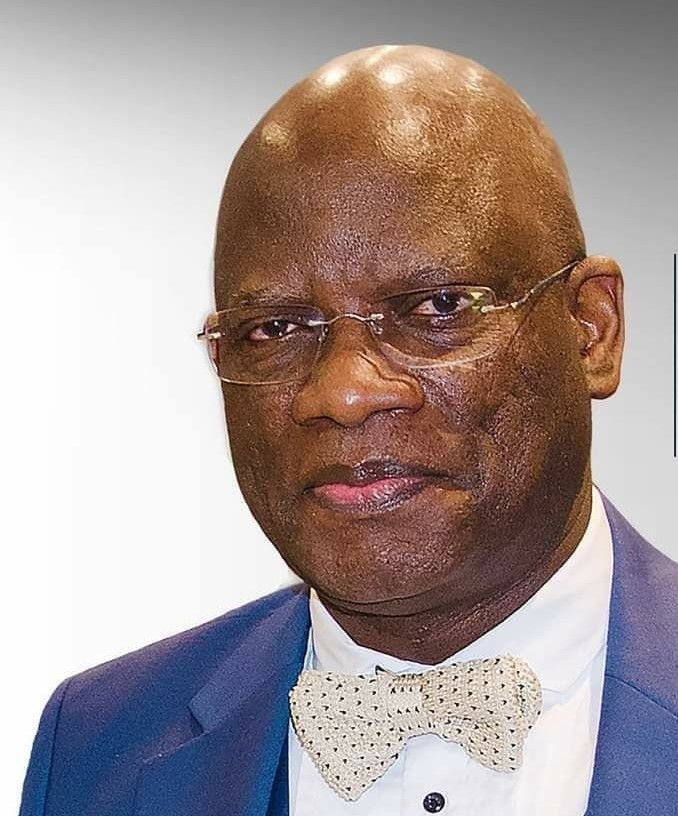 Dr Poornima Nair worked as a doctor for her entire adult life and in the NHS for 26 years, primarily in women’s infertility and women’s reproductive health.

Dr Nair studied medicine at University College Medical Sciences in New Delhi between 1981 and 1986, obtaining her Diploma and MD in Obstetrics and Gynaecology before working as a senior resident at Safdarjang Hospital.

In 2007, Dr Nair moved to General Practice, attaining membership of Royal College of General Practice in 2007. From 2008 until her death in 2020, she worked as a GP at Station View Medical Centre in Bishop Auckland where she was Gynaecology and clinical governance lead. She was commended as a trainer and mentor of GP registrars within the practice.

As a doctor, she was incredibly driven and hardworking, a natural leader who was respected and loved in the local community. With a unique charisma, she was able to make anyone feel comfortable and cared for.

In her personal life, she is remembered as an inspirational wife, mother, daughter, and friend, who had a seemingly unlimited passion and ambition in life and as someone who showed generosity and love to everyone around her. 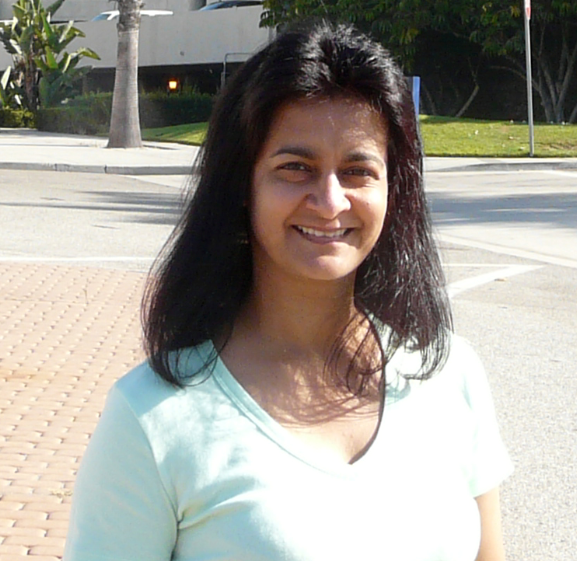 Dr Mamoona Rana, a much loved, highly regarded, and committed psychiatrist, was the UK’s first female doctor who died of Covid-19, while helping others at North East London NHS Foundation Trust.

Dr Rana graduated from Punjab Medical College, before completing a Masters in Health Informatics from City, University of London in 2002. She was appointed as Deputy Project Director in Children Hospital Multan where she used and applied her knowledge of Healthcare Informatics for the integration of healthcare sciences, computer science, information science, and cognitive science to assist in the management of healthcare information.

Dr Rana, who arrived in the UK with her husband in 2008, worked for two years as Health Informatics Manager in Buckinghamshire Primary Care Trust. She secured a training post in psychiatry in 2018 and embraced the discipline with huge enthusiasm.

With her patients in hospital she had a lovely manner and great listening skills.

At an early stage in her career, she showed a keen interest in teaching and was often to be found with medical students on the wards instilling them with her knowledge of psychiatry. Her eagerness for learning was infectious.

Dr Rana was a calm, caring and loving person, who was intelligent, witty, and full of life. She leaves behind a daughter Narmin, and husband, Dr Azeem Qureshi – an anaesthetist at Newham University Hospital – who describes her as a remarkable woman who gave hope and joy to those around her. She is buried in Garden of Peace in London. 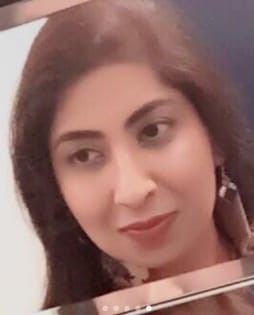 Dr Shree Vishna Rasiah, known as Vish to family, friends and colleagues, was a well-respected and much-loved consultant neonatologist at Birmingham Women's Hospital.

He was born in Kuala Lumpur in Malaysia and completed his undergraduate medicine at Flinders University in Adelaide, Australia. He arrived first in Yorkshire, training in Bradford and Sheffield before joining Birmingham Women's Hospital as consultant neonatologist in 2007. He was unassuming and humble, kind and gentle and became a much loved member of the neonatal unit team.  He supported very many parents of sick babies through their neonatal journey, earning their immense gratitude and respect.

Dr Rasiah contributed to improving and developing neonatal care at local, national and international levels. He had been the clinical lead for the South West Midlands Neonatal Network for a number of years by the time of his passing. He was described as extremely dedicated and worked hard to improve the standard of care for babies and their families in the region.

He encouraged and mentored innumerable junior doctors and medical students and supported research, studies and audits and presentations in meetings and conferences in the UK and abroad. He was passionate about teaching and empowering doctors to develop leadership capability and to continually strive to improve care for sick and preterm babies and their families by leading from the front.

Dr Rasiah died from Covid-19 pneumonitis on 23rd April 2020, leaving behind his beloved wife Liza and their beautiful daughter Katelyn. 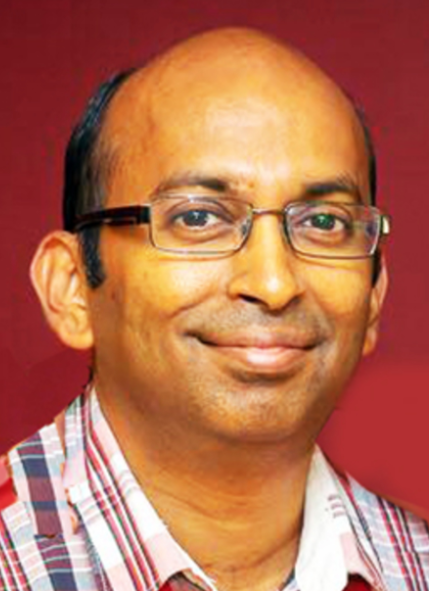 Dr Abdul Mabud Chowdhury (1967 – 2020) graduated from Chittagong Medical College Bangladesh in 1992, trained in Surgery/Urology and worked in Zambia and Zimbabwe between 1994 and 2001. He moved to England in 2001, did his post-graduation (FRCS & MSc) and worked in the NHS, rising through the ranks within Urological Surgery.

Dr Chowdhury was a person with great empathy and care and he always went the extra mile in the best interest of his patients. He was involved in many charitable activities both in the UK and Bangladesh, establishing a charitable health centre in Bangladesh in 2010 which provides free clinics, diagnostics, and medical care to the local rural community. Dr Chowdhury had a great passion in teaching/training and clinical leadership and was always keen for service innovation. At the beginning of the pandemic, he implored the Prime Minister in an open letter to provide frontline healthcare workers with adequate personal protective equipment and fought for the protection of the NHS.

He leaves behind wife Rehana, son Intisar and daughter Wareesha who are extremely proud of his legacy. He will always be remembered for his courageous leadership, uncompromising advocacy, and generous spirit. 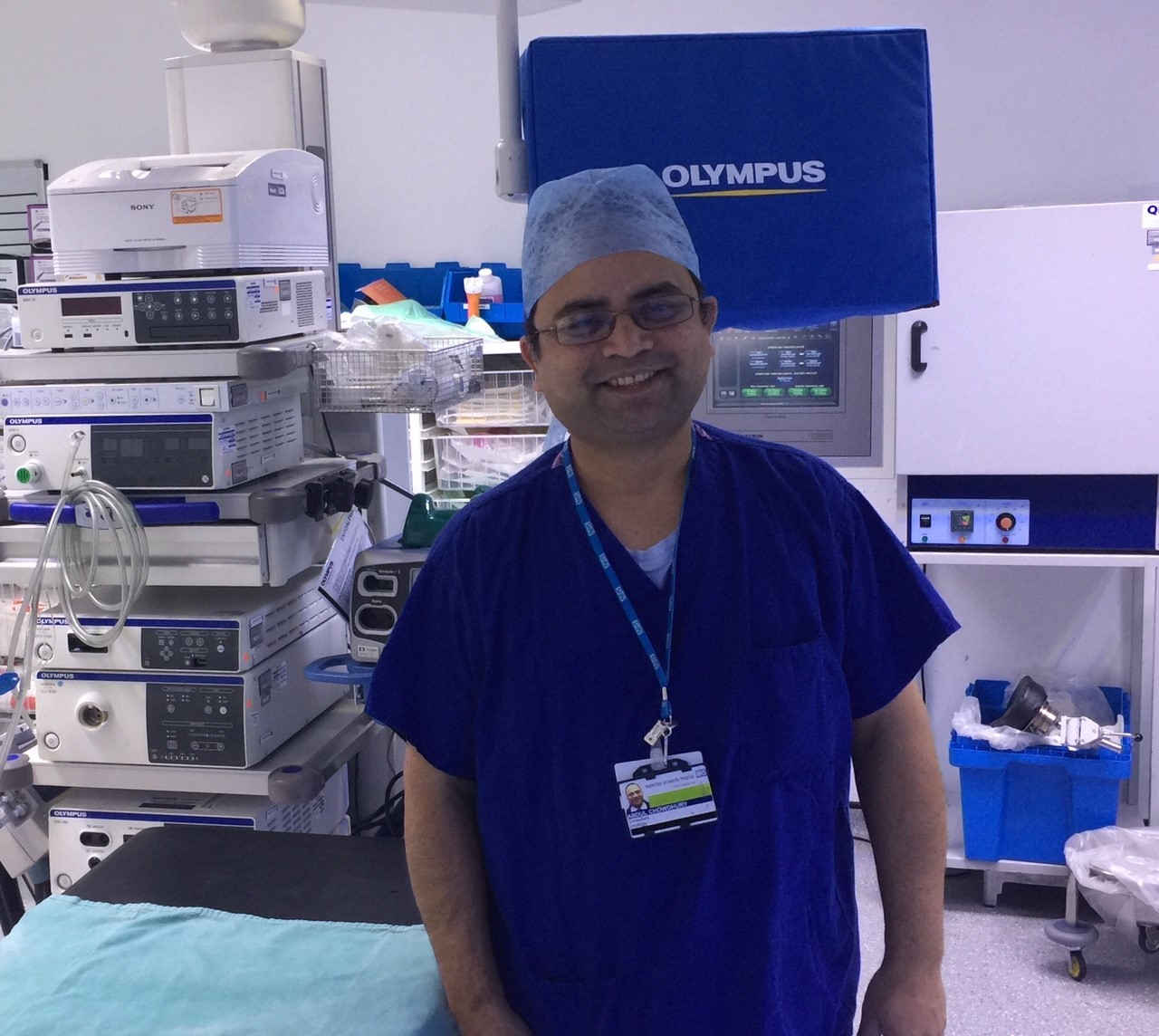 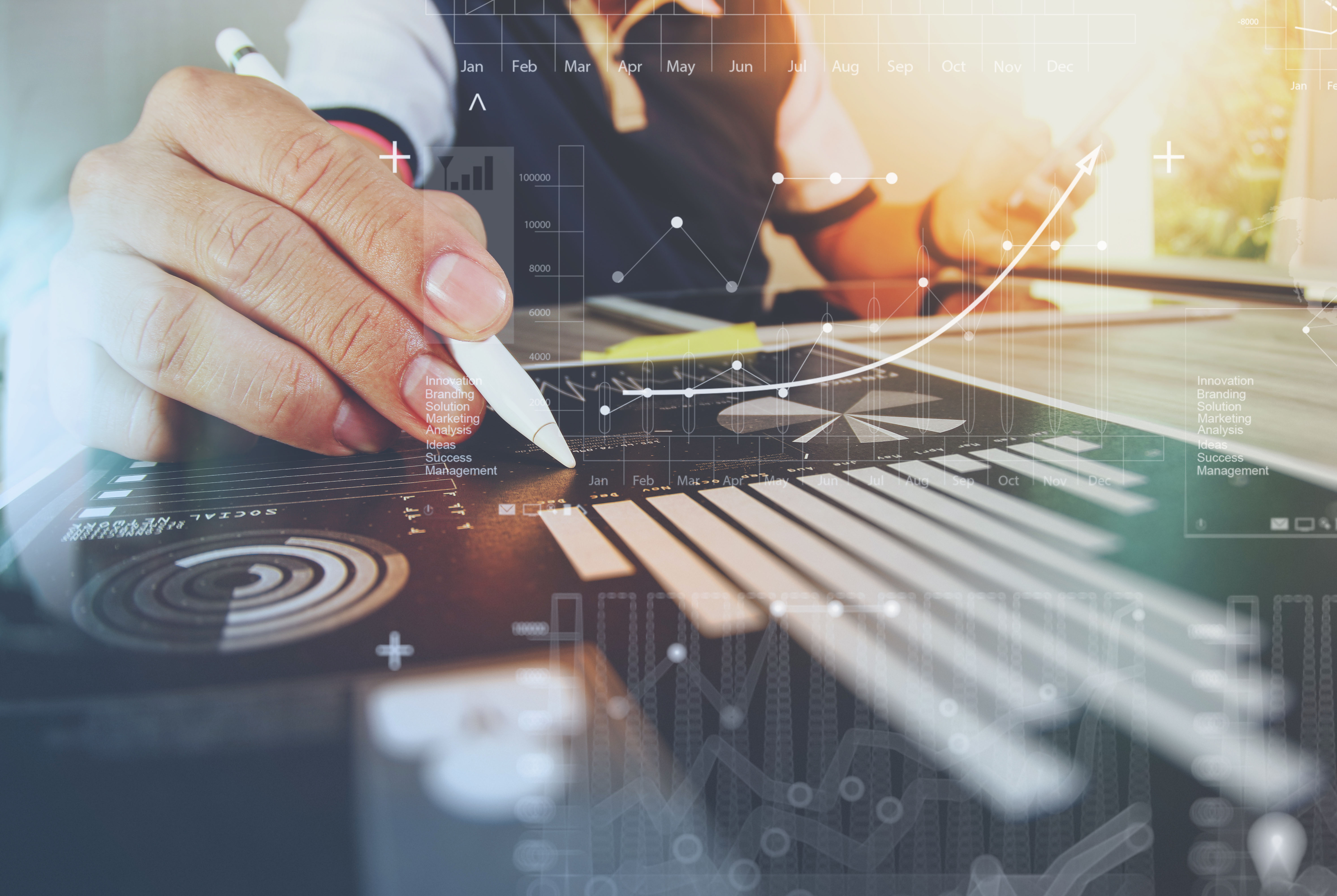 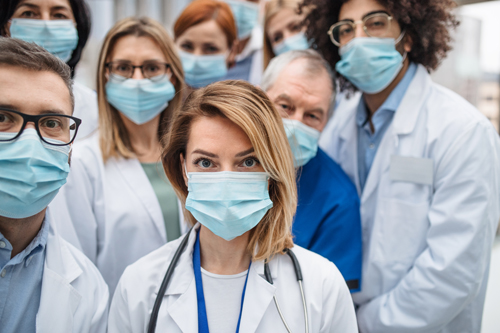