Study recommends NHS in charge of app, with priority access to testing for those alerted and/or with symptoms

It is possible to implement a privacy-respecting contact tracing app that can achieve widespread adoption in the UK, but only if the NHS, rather than the government, run it, researchers at Cass Business School have found.

The researchers found that adoption rates increase further if the app is linked to priority testing for Covid-19 for those who get infection alerts. They also found that the public want an ‘expiry date’ by which any data collected by the app will be destroyed.

The study comes as central government, local authorities and public health officials focus on understanding the best way to encourage the public to adopt a contract tracing app. Study co-author Professor Caroline Wiertz said an understanding of which app configurations encourage the public to use an app need to be a central part of this discussion.

“This is critical because a contact tracing app will not be effective unless there is significant public uptake — no matter how technologically sophisticated or superior the app is,” she said.  “One particularly sensitive challenge for the successful implementation of a contact tracing app is navigating the potential privacy and civil liberty issues inherent in these apps.”

The researchers asked a representative sample of 2061 UK adults to choose between different contact tracing app configurations to estimate their preference for various features. This information was used to simulate the adoption rates for different potential contact tracing apps.

The researchers caution that these adoption rates occur under ideal conditions in which everyone is informed about the app, and that actual adoption rates will be lower.

The key findings are:

The main reason why the ‘Expected NHSX’ app achieves a lower adoption rate is because in this scenario, the government is perceived to be in control of the app and its data, and because no plans have been announced to link the app to priority testing.

The researchers also uncovered interesting differences in app adoption likelihood. Preference for a contact tracing app decreases with age and increases with household income. The researchers noted that people with lower incomes and older people are less likely to own a smartphone, and that older people might feel technologically challenged using apps. Respondents in London have a stronger preference for the app, perhaps an indication that the app appeals more to residents of densely populated areas.

Finally, the researchers also found that people are more likely to adopt an app if they are afraid of Covid-19, if they or their family have been ill or experienced symptoms, and/or if they have suffered financial or mental health consequences due to the lockdown.

Based on their simulations, the researchers recommend a contact tracing app that strikes a balance between maximizing adoption while safeguarding privacy and civil liberties.  The app would have the following features:

A surprising and concerning finding is that respondents showed a willingness to share more data and accept more invasive measures than would be imaginable in ‘normal’ times.

Professor Wiertz explained that in times of crisis, we are often willing to compromise on some aspects of privacy and civil liberties for the greater good.

“The decision-makers involved in the design and launch of this contact tracing app have an enormous responsibility to get it right,” she said.

“They must strike a fine balance in designing and implementing an app that on the one hand relies on our cooperation and personal data to be effective, but on the other hand does not overreach into our willingness to make sacrifices and share personal data to combat this pandemic.”

The researchers asked 2061 adults to give their preferences to simulations for four potential contact tracing apps.  The respondents were representative of the UK population in terms of gender, age, ethnicity and age.  See the methodology on page seven. 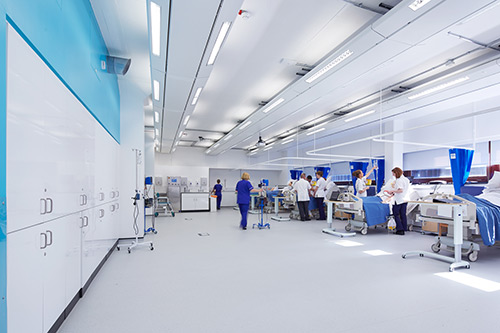 Cass mobilises to help the fight against Coronavirus 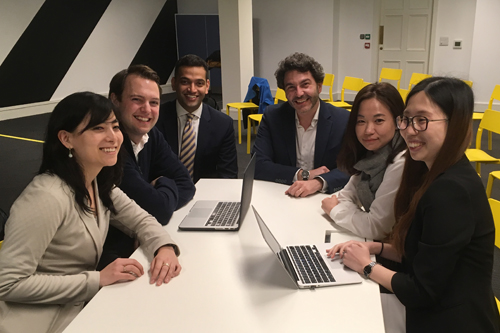