Dr Paolo Aversa is a Senior Lecturer in Strategy and Director of the Full-Time MBA at Cass Business School. He teaches on the Cass Executive MBA in Dubai and Full-Time MBA in London. Globally considered a leading academic expert in the field of motorsport, Paolo’s USP as a professor lies in his ability to transform his biggest passion into a full-time job in academia.

His empirical fields of research are based on Formula 1 races, and very often, he incorporates his research findings to his teachings, offering MBA students engaging lessons on the principles of teamwork, leadership and innovation.

A self-confessed F1 fan, Paolo’s love of motorsport stemmed from an early age.

He said: “My father gifted me an F1 pedal car on my second birthday, which is what sparked my interest in motor racing. Growing up, I remember having discussions with him about the intricacies of F1 and whether it was the car, driver or the technology that mattered.” 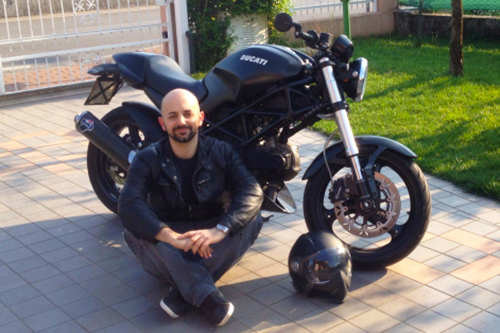 It was Paolo’s interest in motorsport that inspired him to pursue a PhD on the very subject, and the result of his research has formed the basis of his teaching on the Strategy module which is part of the Cass MBA programme.

Paolo has numerous accolades under his belt, including being named as one of Poets&Quants' Best 40 Under 40 Professors for 2018.

Today, Paolo is a go-to commentator and strategic advisor within the motorsport industry. His research has received coverage in leading media outlets, including The National, The Financial Times, The New York Times, Forbes, Reuters, The Telegraph, and more.

A particular area of interest for Paolo is in the issue of the gender divide in the F1 sport. In all of the 69 years that the Formula 1 has existed, there have only been a handful of women who have participated in the races.

Female participation, according to the academic, makes a lot of sense, especially in business terms.

The financial performance of F1 depends on the ability to create stars who bring in revenue through sponsorships, merchandising, and entertainment initiatives like TV shows and public appearances. F1 celebrities are effectively products for mass marketing, and, as in all other markets, differentiating them from competition is important. In a setting over-represented by men, drivers with a different identity would easily trigger and channel the interest of specific groups of consumers and fans.

According to Aversa, the reason for the lack of successful women drivers is not due to biology. It all comes down to familial expectations, he says.

“To become a successful professional driver, you have to start karting at a very early age and have continuous driving training and financial support from sponsors. Very few families push girls to start training as drivers when they’re this young, as this is not considered a sport for girls. As a consequence, there are far fewer girls doing professional racing compared to boys. The likelihood of having among them the next big F1 phenomenon is therefore much lower.

There is no scientific proof that women cannot equal male drivers in the sport. Although being smaller and lighter is seen as an issue in some sports where men and women don’t compete, if anything, it is an advantage in F1 racing. More importantly though are their excellent cognitive abilities to focus on the task at hand. So, if properly trained, women have the same potential as men to become proficient F1 drivers. Netflix is losing shows to rivals – will the music streaming market also splinter?