Brussels - the city at the heart of the Brexit negotiations that everyone is talking about.  Ahead of this week’s crucial vote on Prime Minister Theresa May’s Brexit deal, full-time MBA students from Cass Business School were given the opportunity to go behind the scenes at the European political capital with an immersive weekend study tour. 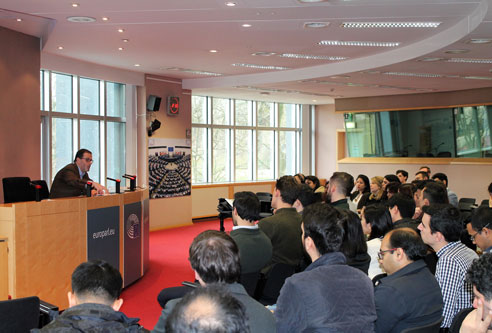 They also heard from all sides of the political divide about how the EU works.  Henry Wasung from the Directorate-General for Communication explained the various powers and the roles of the EU institutions and Roberto Bendini from the European Committee on International Trade discussed some of the challenges and opportunities offered by Brexit for trade policy.  The students also met Jonathan Bullock, Brexit Party MEP for the East Midlands, who answered questions on his support of Brexit and his thoughts on what might happen next in the negotiation process. 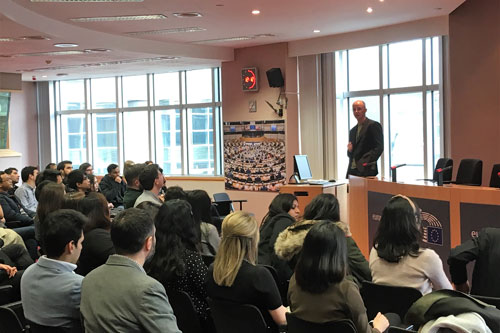 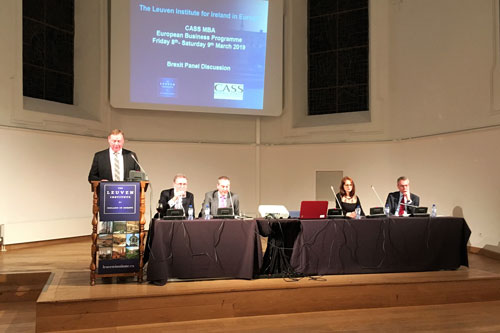 Leadership expert Peter Rosseel from KU Leuven delivered two interactive workshops on digital transformation where students were challenged to think about vision, leadership and organisational culture in a new way. 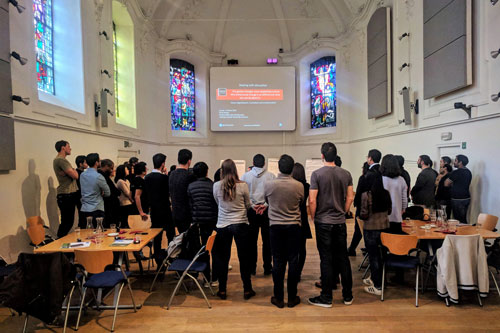 “I loved seeing the hemicycle and visualising where everything happens,” he said.  “It also helped me to understand Brexit – which is something that you always hear about but it is often hard to cut through the noise to get to the detail.”

His classmate Jamie Coughlan said the experience helped him relate to his MBA.

“It was fascinating to see the size of the EU machine – with its 751 MEPs and the 24 official languages – but also reminded me how important truth in politics is.  In our MBA we are taught to be leaders and to inspire trust – are all of the political leaders doing this in Brussels?”

The study tour was led by Cass entrepreneurship expert Dr Annelore Huyghe.  She said the tour encouraged the students to consider the implications of Brexit for business, as well as enhancing their understanding of contemporary political events.

"Fortune favours the prepared. The study tour not only took place at a pivotal moment in the Brexit process, but also covered diverse perspectives on current and future events. The expert panel discussion enriched our students’ understanding of the Brexit complexities, and in particular, the potential implications for existing businesses and start-ups.  In addition, in an interactive workshop with Peter Rosseel, the group experienced first-hand why behavioural change is difficult and learned effective practices that organisational leaders can use to facilitate such change.”

For student Rhiannon Ludlow, the study tour proved to be a helpful preparation for the next stage of her MBA.

“I loved being able to find out more about the EU actually works and hear both sides of the Brexit debate from policy experts and decision makers who are on the ground.  It’s also been helpful for our forthcoming EU consultancy week in Ireland – I’ve found out more about European investment as an alternative to UK investment and this will be useful when working with Irish businesses.”

Professor Stephen Thomas, Associate Dean of the MBA Programmes at Cass, said he was he was delighted to hear of the responses of the MBA students who appeared to be really engaged by the political drama and asked visiting speakers incisive and telling questions.

“We couldn’t have picked a more topical week for our students to visit Brussels and get right to the heart of the EU political machine. Regardless of whether the UK leaves on 29th March, our students will have deepened their understanding of European politics and business and will be able to apply what they’ve learned to their MBAs.” 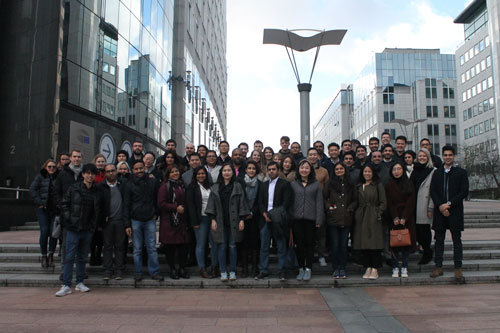 Find out more about the full-time MBA at Cass here.

The study tour was organised by the Leuven Institute. 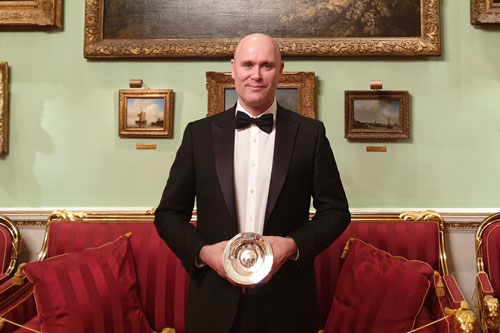