Little more than three months after being awarded the Cass Business School 2018 Worshipful Company of International Bankers prize, Barrie Ingman has been awarded the Lombard Prize.

The winner of the Lombard Prize is selected from a pool of the best financial theses submitted to the Worshipful Company of International Bankers (WCIB) by the UK’s top business schools.

Mr Ingman, who completed an Executive MBA at Cass, joins a long list of school alumni who have won the prestigious award.

In accepting his prize, which includes honorary membership to the WCIB, Mr Ingman said it was a significant professional accolade.

“To be selected as author of the best post-graduate thesis on finance in the country is an incredible honour,” Mr Ingman said.

“And to beat competition from the likes of Oxford, Cambridge and LSE, amongst others, is a remarkable personal achievement that I am immensely proud of.”

Mr Ingman said securing membership to the WCIB would grant him access to the most influential people in the world of finance and banking and would elevate his standing within his professional community.

“The Lombard Prize is regarded as the pinnacle achievement for MBA graduates with a career in finance,” he said.

“So, as a lawyer winning the prize, I have achieved an unmatchable recognition of expertise that will further my career and reputation across the industry.”

Professor Steve Thomas, Associate Dean of the Cass MBA programmes, said Mr Ingman had shone during his time at Cass and said he had expected him to go on to do great things.

“It’s brilliant to see Barrie get this kind of recognition and to see him come out on top of what is a very competitive field,” Professor Thomas said.

“I wish Barrie all the best throughout his career and hope to see him back in the halls at Cass in the future.” 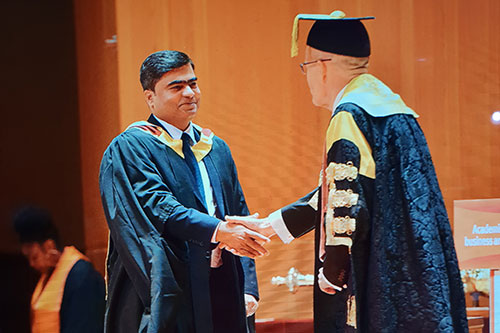 “The Cass Executive MBA is a journey of self-discovery” 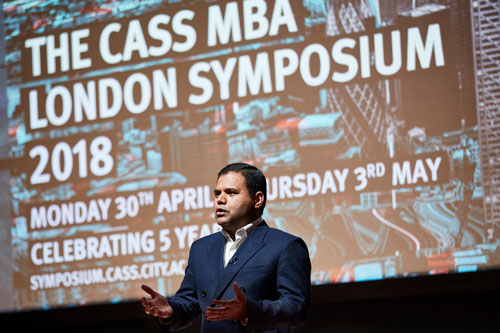