A new study from the Mergers and Acquisitions (M&A) Research Centre at Cass Business School has found that a firm’s environmental performance improves after a successful M&A deal and this, in turn, generates a positive outcome for wider society.

Green Business: The Environmental Impact of M&A examines the environmental impact of firms involved in acquisition deals – important corporate actions that may lead to structural changes in the acquirer’s business and operations.  The study explores if environmental performance changes before and after a deal and if this change contributes to an improvement in the environmental standard of the firm.

The researchers used a sample of acquisition deals at US public companies from the Thomson Reuters Securities Data Company (SDC). The sample included completed deals with transaction values greater than $1 million during the period of 1996 to 2013 and which involved a change of control.

Lead author Dr Zhenyi Huang said the report comes at a time of increasing awareness from both government and society about the importance of environmental issues including climate change, global warming and pollution and therefore the study has important implications for firms involved in M&A deals.

“Although many deals fail to deliver the expected gains due to problems such as integration obstacles, if they do manage to overcome such challenges and successfully generate values, the economic resources created can be utilised to boost a firm’s environmental standard and have further benefits for society,” she said.

Dr Huang said firms and managers planning M&A deals should now examine the environmental standards and practice for both acquirers and targets from the very early stages of the deal process.

“Deal managers should make an effort to learn the skills required to deliver effective allocation and utilisation of pooled resources so any financial values created can contribute more efficiently to a firm’s environmental performance.

“Our study also recommends that firms should manage their environmental policies more effectively alongside other corporate and financial decisions, such as debt policy and cash holdings, because those factors do influence each other,” she said.

One of the firms used as a case study in the report includes Pfizer Inc’s $68 billion acquisition of Wyeth.

Three years after the deal completion, with a superior financial performance, Pfizer had a boost on environmental standard to the score of 4, and with an overall ESG score of 8. This improvement in Pfizer’s environmental and overall ESG scores was also consistent with their internal corporate social responsibility policies that put the management of their ESG standard as one of the major corporate goals, as discussed in their Annual Report. 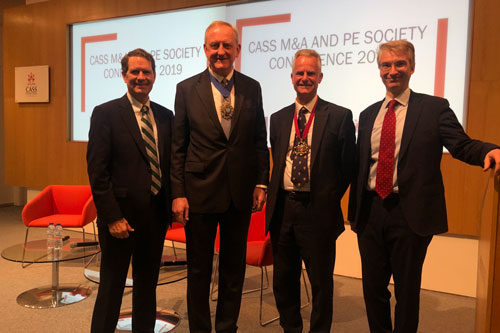 Student conference shines a light on technology and finance 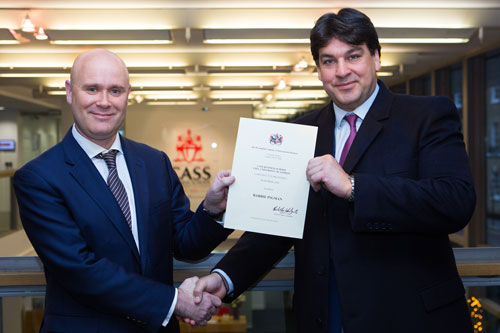