Professor Douglas W. Diamond, one of the world's leading authorities on bank runs and liquidity crises, will be awarded the 2018 Onassis Prize in Finance. In the area of International Trade, Professors Jonathan Eaton and Samuel Kortum will share the relevant 2018 Onassis Prize for their collaborative efforts researching the impact of technology on global trade. The Shipping Prize will be shared between Professors Mary Brooks and Wayne Talley, maritime economists known for their work on ports and the risks of terrorism and piracy to the shipping industry.

The Onassis Prizes’ recipients were selected by a panel of judges, two of whom are Nobel Laureates, and other distinguished academics, and will be announced at The Mansion House, the official office of the Lord Mayor of the City of London, by Alderman David Graves on Friday 20th April. The 2018 prizes have been awarded to:

“Awards like these, allow us to foresee and, in a way, return from the future, where the work of the distinguished scholars of our era will have received the greatest possible recognition. Aristotle Onassis’ name is synonymous with the spheres of endeavour in which our laureates are engaged, and shipping, trade and finance are the three core areas of business activity in contemporary economies. The contributions made to the research in these fields by today’s winners is such that we can safely say they have brought us not one but many steps closer to the knowledge we will enjoy in the future. We, at the Onassis Foundation, are particularly proud to support the Onassis International Prizes for Finance, Shipping and Trade in association with the City of London and the City University/Cass Business School. The awards are already in their fourth iteration. Previous winners have continued to distinguish themselves and make outstanding contributions, with Professor Eugene Fama receiving a Nobel Prize for his work.”

“The Onassis Prizes are awarded for the fourth time and one can safely say that they have become the most highly respected international awards in the areas of finance, international trade and shipping. I warmly congratulate the recipients whose distinguished achievements have profoundly influenced their disciplines and continue to have an impact on academic thinking and business conduct worldwide.”

“The Cass Business School is a world-leader in business and professional education, based here in the City of London and closely connected with the UK’s financial and professional services sector. As a global ambassador for that sector, I am proud to work with the Onassis Foundation to recognise the contributions of Professors Diamond, Eaton, Kortum, Brooks and Talley to finance, trade and shipping.” 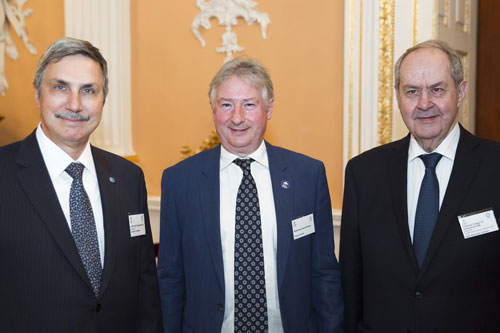 The Onassis Prizes have been awarded in their current form since 2009 and the winners have included many distinguished economists. Professor Eugene Fama of the University of Chicago is considered one of the fathers of modern finance for his work on asset pricing models and efficient market theory and went on to receive the Nobel Prize for Economics in 2013. Other prominent winners include Professor Stewart Myers of MIT, who co-authored the influential textbook Principles of Corporate Finance and Professor Gene Grossman of Princeton University who is known for his research into the relationship between trade and economic growth.

The 2018 Onassis Prizes will be formally presented to the recipients at a Banquet at the Guildhall in the City of London on 24th September, following an academic conference featuring all the recipients at Cass Business School earlier in the day. 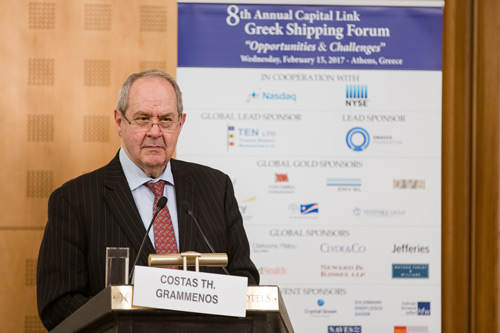 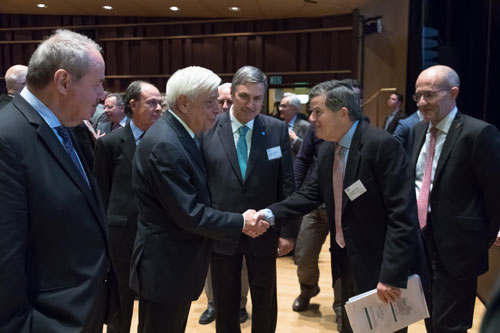 Centre for Shipping, Trade and Finance 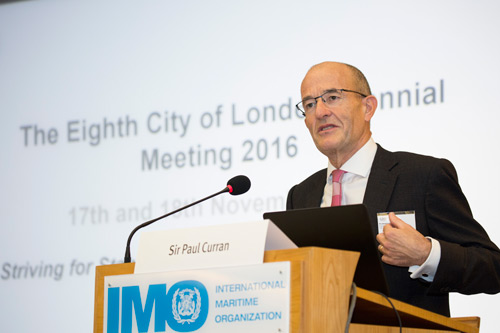