Actuarial Science and Insurance
by Kyla

Cass is delighted to announce that alumna Sarah Mazhar, recently became the first woman in Egypt to be named as a Fellow of the Institute of Actuaries (FIA) in the UK.

Sarah said, “I was lucky to have had such amazing support at Cass and really appreciate how it helped me in my journey to achieve this qualification.”

Professor Ben Rickayzen, Head of the Faculty of Actuarial Science and Insurance said, “Congratulations to Sarah. Being the first woman in Egypt to be named a fellow is great achievement.”

Sarah graduated with a Masters in Actuarial Management in 2012 and now works for AXA as an Insurance Risk Manager. 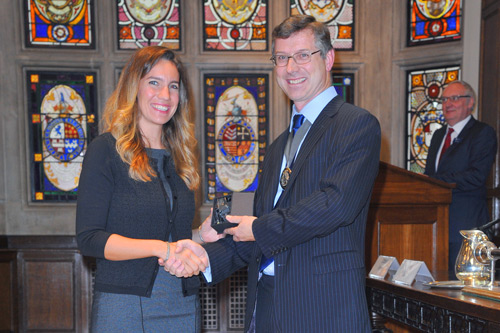