"The London Stock Exchange and Deutsche Boerse have recently announced their plans to merge. If the deal succeeds, it will create one of the world’s largest exchange operators, that will have 3,200 companies listed and trade more than Euro 5.2bn in equities, according to the Financial Times. There are a number of factors which make the deal particularly attractive. First, a potential merger with the LSE will enable the new company to take advantage of significant growth in the Over the Counter (OTC) clearing market. Second, the new company could also develop a strong competitive advantage by pooling together the OTC open interest and the exchange traded derivatives (ETD) businesses. Last but not least, a potential merger would also enable the newly formed company to compete more aggressively in the ETD market. 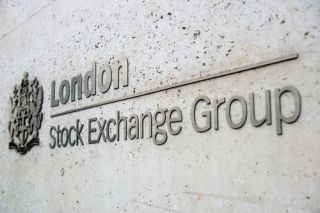 "However, there are a number of threats to the deal. The structure of the ETD and OTC markets has evolved during recent years, with the barriers between the two markets becoming increasingly blurred. This could make it more likely that the European Competition Commission blocks the proposed merger. In addition, once a deal is made public, the target company is ‘in play’ and may attract rival offers. Given the significant advantages associated with a potential merger with the LSE, it is possible that industry competitors, such as Intercontinental exchange (ICE Group) and the CME Group, will bid for the LSE. If the LSE receives competing offers, there are three possible outcomes

"Finally, if the UK leaves the European Union, this could result in a post-Brexit political environment that favours blocking the merger."