Debbie Wosskow shares her thoughts on the sharing economy with Reuters Editor-at-Large Axel Threlfall for the EntreprenuersTalk@Cass. 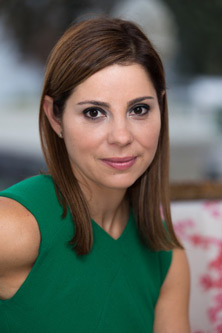 Debbiw is the author of ‘Unlocking the Sharing Economy’ – the independent review of the sharing economy commissioned by the UK government in 2014, Debbie is the Founding Chair of Sharing Economy UK – the new trade association for the sharing economy. A former management consultant, she launched her first business, marketing and communications consultancy Mantra, which she sold to the Loewy Group a decade later.

She is a regular commentator on travel, collaborative consumption and entrepreneurship on TV and in print and sits on a number of advisory boards, as well as being a Trustee of the Hampstead Theatre. She lives in London with her two children.

Axel Threlfall is Reuters Editor-at-Large based in London. He hosts high-profile engagements and thought leadership events for and on behalf of Reuters and Thomson Reuters. He was previously Lead European Anchor for Reuters Digital Video. Prior to joining Reuters, Axel spent four years as an anchor for CNBC in London. Before that, he was an editor with The Wall Street Journal in New York and a news reporter for Bloomberg in London. He has also advised businesses and NGOs on their dealings with the international media.