Professor Scott Moeller, Director of the Mergers and Acquisitions Research Centre comments on the current M&A market. He said:

Hedge funds and day traders might like volatility, but mergers and acquisitions dealmakers do not.
M&A activity is closely aligned with market confidence and stability, and the events in the UK over the past month have played a significant role in upsetting the potential deal pipeline globally. But will this be a short term stumble, or a longer term slowdown in activity as the UK comes to grips with its new future?

Following the UK’s decision to leave the EU, the FTSE has plummeted – and then bounced back to an 11 month closing high. Sterling has hit a 31-year low against the dollar, a prime minister has resigned and only the second female UK prime minister in history filled that power vacuum quickly thereafter promising to heal divisions.  A lot of deals were on hold prior to the referendum and the shock of the result has forced some to be pulled.

Ratings agency S&P also predicts tougher times for the UK. Following the Brexit result, S&P revised their macroeconomic assumptions for the UK downward, predicting the country will barely escape a full-fledged recession. It also revised growth to 0.9% in 2017, less than half of 2.2% previously forecast in April and dropped the UK’s coveted AAA rating by two notches.

This uncertainty, coupled with fears of a Donald Trump presidency in the US, has rippled into a wider problem for the global M&A market as many planned deals look to have pressed the pause button. According to a Dealogic report, global M&A activity for the first half of this year amounted to USD 1.71 trillion, an 18 per cent drop compared with the same period last year.  It’s not Armageddon, but it’s certainly not time to celebrate either. 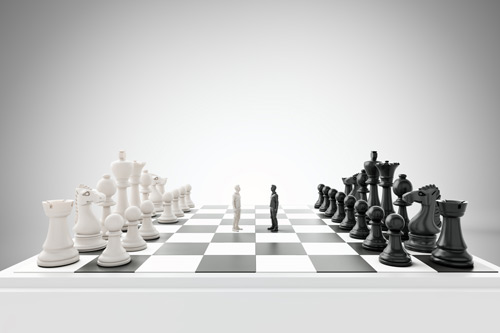 But is there a silver lining to the Brexit cloud as some see this lull as a buying opportunity?

At some point the market will realise the impact will not be immediate with trade continuing with the world’s fifth largest economy, despite the potentially messy exit from the European Union.  We’ve already seen the aforementioned bounce back in equity markets and I believe M&A will follow suit.

Foreign buyers – particularly those in America, The Middle East and Asia – will and should be taking a very close look at UK companies, as assets in the UK become instantly cheaper in the day following the Brexit vote, especially those purchasing in Dollars or currencies linked to the Dollar. This could present buying opportunities within the UK market, as competitors look to acquire or consolidate assets.

SoftBank, the Japanese telecoms group, is one market player who has taken advantage of the weak Sterling against the Yen having recently made an offer to purchase the UK-based chip designer Arm Holdings for £24.3bn, following just two weeks of negotiations. The current terms have SoftBank paying £17 in cash for each share in Arm, a 43 per cent premium to its closing price the week before the deal was announced.

Outbound UK acquisitions may also increase as UK-based companies, especially those with substantial overseas operations, will see profitability (in Sterling terms) and offshore cash increase, increasing their financial performance as well as their acquisition war chests. As the long process of extracting Britain from the EU develops, outbound deals from the UK will therefore need to increase, with UK firms needing more substantial operations on the Continent, especially in financial and professional services sectors.

No one has a clear crystal ball to predict the ultimate UK and EU relationship, but even challenging times present opportunities. One company’s disposal, even at fire sale prices, is another company’s purchase at a bargain. All it takes is a bit of courage and confidence.