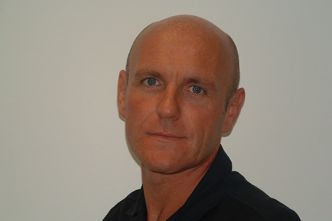 Professor Vince Mitchell has judged the UK’s premier marketing association awards – the Marketing Society Excellence Awards – for the fourth year running. The only business school academic to be appointed to the panel, he and co-judge Gary Twelvetree from Visa, were charged with making an Award in the not-for-profit category.

Professor Mitchell explains why the shortlisted entries are not only doing good marketing, but also marketing for good.

Last year was not a good year for the charity sector with data suggesting that  trust was at a five year low and donations down 12 per cent due to various fund raising, data usage and mismanagement scandals.

Set against this difficult background the entries demonstrated: bold creative marketing campaigns, good research, creation of value to causes and change to public perceptions. Thus it proved to be a very effective way of organisations spending some of their hard-earned money.

Despite gaining heightened awareness from the centenary of WW1 in 2014, the Royal British Legion is often associated with the past, not the present or future. In a bold move, rather than just do another fundraising campaign, it re-defined its purpose and public perception around the memory of the fallen and the future of the living, producing a well-orchestrated multi-platform campaign online at its conference, remembrance and fundraising events, on poppy boxes, advertising as well as buses and tubes, where its great slogan Live on encapsulated its new brand position.

Several campaigns used reframing as a way to impress and engage. The Prince’s Trust engaged us in a wonderful campaign based on the insight that the most amazing skills can be developed in adversity. By reframing adversity as an advantage under the slogan learn the hard way, it gave an alternative perspective on a well-used phrase. The Princes Trust also had a brilliant idea to use the endorsing button on LinkedIn to create profiles of disadvantaged young people to connect them with business leaders, change their understanding of disadvantage, and begin a dialogue with the charity. Such a campaign idea was exciting and could be run again focussing on different skills aimed at different businesses.

An alternative take on reframing was used by the NHS Blood transfusion service. What do you do when faced with the fact that during events like the Rugby World Cup, blood donations go down? Answer, take the problem to the cause and turn adversity into advantage. The NHS Blood Transfusion service used the insight that rugby players were prepared to bleed for their country when doing battle on the pitch as a rallying call for all fans to #bleedforengland when off the pitch. With some inspired and evocative real-blood rose artwork and the revival of a dead rose imagery - as well as the help of endorsements by celebrities, local rugby clubs and brands such as Next and Britvic - NHSBT demonstrated not only creative excellence, but also amazing partnership work.  This resulted in a reversal of the normal dip in blood donations and linked the national issue of blood donations to a national event and the national pride.

But great marketing doesn’t need a great deal of money. The #givethemrefuge was a very low-cost Facebook campaign about the difficult- to-discuss subject of domestic violence. The creative idea of a Trojan horse video of a young girl opening her present on Christmas day was inspired by the insight that 90 per cent of domestic violence is witnessed by children. Released at Christmas to attract an audience sensitised to think of others, it gained huge shares and delivered increased donations for the charity Refuge.

Finally, Sport England generated huge interest and struck a chord with women when it identified the major issues preventing women from exercising more was the fear of being judged on their ability and appearance. To combat this Sport England launched #thisgirlcan, a catchy, short and suitably low-key aspirational slogan, which not only had resonance with 13 million of its target audience who saw its flagship film, but also resonated with the press, Facebook fans and the many partners who downloaded the toolkit. This really well-researched, well-executed campaign delivered many more women engaging with exercise and got international recognition.

The all-day judging process is a pretty robust affair and it takes quite a bit of time to do justice to evaluating all the entries, however, it has been a privilege to read all the entries, some of which moved me to tears, but all of which made me very proud be in marketing and realise what a force for good, good marketing can be.

The winners of all the categories will be revealed on June 15th.