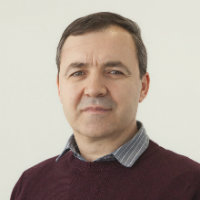 His research interests are primarily related to mortality, morbidity models and risk analysis of health insurance products. In addition, he is attracted to data analysis and programming, gaining an extensive computer literacy. Thus, he has contributed to translate theoretical insurance models into practical software, such as a simulation based Income Protection model office and its implementation into a computer application; also a VBA modelling tool for calculating disability linked annuities for Long Term Care Insurance. More recently, he has contributed to developing an improved methodology of estimating employment risk reduction factors to be used in the UK tort system for valuing loss of earnings compensations. This project, carried out in collaboration with the Ogden Working Party, has involved estimating age-specific disability- and education-adjusted reduction factors(RF) of employment risk using longitudinal UK Labour Force Survey data. Consequently, the RF estimates resulted from this research were adopted in a simplified and restructured format by the Government Actuary’s Department in the follow-up editions of the Ogden Tables (i.e. 6th and 7th: Actuarial Tables 2007, 2011), which are accepted as specialist evidence in the UK courts.

This project aims to estimate potential earnings in the construction sector for historically blacklisted workers (from late 1960's to early 2010's). The underlying purpose is to develop a schedule of wages and employment probabilities according to relevant characteristics (for example year, age, trade, type of project) in order to provide expert evidence in UK Courts towards the estimation of blacklisted individuals’ claims for loss of earnings.

The project is developed in collaboration with Ben Rickayzen and David Smith with the purpose to re-assess and extend the original Rickayzen-Walsh LTC projection model (2000). The aim of this project is to develop further the original LTC model in order to achieve a robust and fully tested empirical projection model. The new model will also make use of the latest UK projections of mortality and morbidity rates. The ultimate aim of the model is to project and analyse the demographics and dynamics (e.g. by age, gender and severity of disability) of the future UK population who will likely need LTC. The model is implemented and tested using VBA for Excel.

The project aims to extend the Lee-Carter age-period mortality model and to develop a publicly available demographic software that implements the regression analysis of the model variants into a unified framework.

Analysis of health risks and health care usage in the UK

In this project it is made use of the extensive Health Improvement Network (THIN) medical GP practices data in order to model and forecast the main factors of health risks and health care usage in the UK.