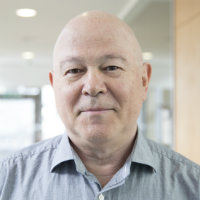 From 1994 until 2000, Prof Kaishev was Head of the Department of Computational Stochastics at the Institute of Mathematics of the Bulgarian Academy of Sciences. He holds a PhD degree in statistics and information theory from the Moscow Technical University. He has been a visiting researcher at the Mathematics Research Center, University of Wisconsin- Madison, and at the University of California at Los Angeles.

Prof Kaishev has also been a visiting lecturer at the Department of Actuarial Mathematics and Statistics, Heriot-Watt University, Edinburgh, at Sofia University "St. Kliment Ohridski" and has delivered invited lectures at Stanford University (Dept. of Statistics) and at a number of European universities and research institutions. His research interests are in actuarial mathematics, risk and ruin theory, reinsurance modeling, spline-functions and their applications to probability, statistics and actuarial science, competing risks and copulas. He has also worked on a number of applied research and consultancy projects in the field of actuarial science and insurance, chemistry, medicine, ship hydrodynamics.

Prof Kaishev was the initiator of the re-establishment of the Bulgarian Actuarial Society in 1993 and has served as its president from 1993 to 2002. He is also a member of the American Mathematical Society. Prof Kaishev is a referee for international academic journals in the field of actuarial science and stochastics.

Research has been performed in the following main areas:
• a new class of multivariate Levy processes;
• optimal cross-selling;
• multivariate copula functions;
• the probability of ruin of an insurance company in a general dependent risk model;
• the classical Appell polynomials and their relation to ruin theory;
• optimal reinsurance from the point of view of both the insurer and the reinsurer;
• the competing risks model and its application in insurance;
• option pricing.

explicit formulae for the probability of ruin and related quantities in a general (non-classical) risk model, allowing dependence

operational risk in insurance and banking

Thesis title: On some ruin theoretic quantities and their application in actuarial science, risk analysis and operations research

Thesis title: Heavy Tails and Dependence with Applications in Insurance