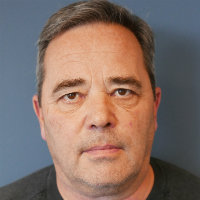 Stephen Lee is currently a Senior Teaching Fellow in Voluntary Sector Management at Bayes Business School (formerly Cass). He is the Course Leader MSC in Non-Profit Fundraising & Strategic Marketing and teaches Fundraising and the Law, Fundraising Ethics and Fundraising and Marketing Strategy.

From 2012 until the General Election in May 2015 he was also Chief Executive at CentreForum, the UK based liberal think tank. Whilst at Centreforum he commissioned and over saw the publication of 65 major public policy research reports leading directly to legislative change in a range of different public policy contexts including: education and social mobility (school accountability); higher education (postgraduate loans scheme) taxation (amendment to stamp duty & IPO status) and mental health (mental health waiting limits). Under his leadership CentreForum was awarded Prospect Magazine Economic Think Tank of the Year in 2013. He has been College Secretary at Henley Management College and Faculty Director Strategy and Professor of Marketing at Henley Business School where he also established and ran the Centre for Voluntary Sector Management.

He has been a visiting Senior Research Fellow, South Bank University Business School and taught marketing theory programmes at University of Utrecht Business School, Erasmus (NL), Bristol Business School (UWE) and the University of Geneva. Having undertaken research and later taught at Lancaster University Professor Lee entered the voluntary sector in 1982 as Deputy Chief Executive at the Charities Advisory Trust and Directory of Social Change. Following further senior appointments in the not-for-profit sector Professor Lee held the post of Director of the Institute of Fundraising (IOF) for a period of eleven years. During this period he established himself as a leading authority on marketing, governance and business ethics issues, and the leading European authority on charity fundraising regulation and the law and fundraising ethics.

From 1998 – 2001 he developed and led the consulting division at Kingston Smith Chartered Accountants, engaging in a wide variety of commercial assignments. He has published widely in academic journals including Psychology & Marketing, NVSQ and the International Journal of Non Profit & Voluntary Sector Marketing which he co-founded. Principle current research interests include Public Trust and Confidence in Charity Fundraising; Charity Fundraising Regulation; Ethical, Governance and Data Protection issues. He is a regular contributor to both national and trade media including BBC, ITN & Sky News, Guardian, Times and Financial Times. A Fellow of the RSA and one of only four Honorary Fellows of the IOF, in September 2000 he received the inaugural, Professional Fundraising Lifetime Achievement Award.