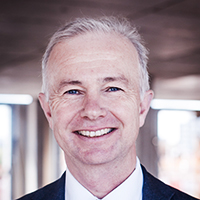 Richard Verrall has been at City University since 1987. He is an Honorary Fellow of the Institute of Actuaries (1999), an Associate Editor of the British Actuarial Journal, the North American Actuarial Journal and Insurance: Mathematics and Economics, and a Principle Examiner for the Actuarial Profession. Courses for industry include: Statistics for Insurance: an introductory course aimed at non-specialists, such as underwriters, in the uses of statistics in risk assessment; Stochastic Claims Reserving: a specialist course for actuaries and statisticians on how to apply statistical methods to reserving for non-life companies; Bayesian Actuarial models: an introductory course in Bayesian methods for premium rating, reserving, etc; General Insurance Premium Rating; How to use Generalised Linear Models for setting and assessing premiums; Mortality Estimation; Mortality Tables and Projections and the way these can be used to cost annuities and similar products.

These are used by lawyers in determining compensation awards
http://www.cassknowledge.com/article.php?id=392&title=Calculating+compensation+for+loss+of+future+earnings%3A+estimating+and+using+work+life+expectancy