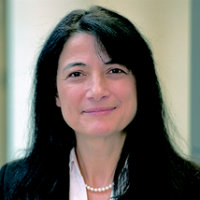 Professor of International Finance & Director of The Emerging Markets Group

Prior to joining the City University Business School, Kate Phylaktis worked at the International Monetary Research Project at the London School of Economics and at the Economics Office of the National Commercial Banking Group (now Royal Bank of Scotland). She has held visiting appointments at the Research Department of the International Monetary Fund, University of Bordeaux, The Athens Laboratory of Business Administration and at the Warsaw University.

She has published extensively in the fields of foreign exchange markets, financial markets and financial structures with specific reference to emerging markets. She is Director of Emerging Markets Group. She has written three books, 'Financial Data of Banks and Other Institutions', (Pergamon, 1987) sponsored by the Economic and Social Research Council: 'International Finance and the Less Developing Countries', (Macmillan Press, 1990) and 'The Banking System of Cyprus: Past, Present and Future', (Macmillan Press, 1995). She has been a Guest Editor of four Special Issues of the Journal of International Money and Finance (2006, 2009, 2012, 2016) on "Emerging Markets Finance". She has served as an Associate Editor of the Journal of International Money and Finance(2002- 2013), International Journal of Financial Analysis(2013-),Emerging Markets Review(2002-present), Pacific-Basin Finance Journal(2006-present), Financial Review(2004-2010), Multinational Finance Journal(2002-2008), Greek Economic Review(2002-2008) and Ekonomia(2000-present).

Her current research interests include Emerging Markets Finance, Foreign Exchange Markets, Microstructure of financial markets, Capital Market Integration and corporate governance and asset pricing. She has acted as a consultant to various companies and public bodies including the Commonwealth Secretariat, Crown Agents, the Cyprus Popular Bank, the Bank of Cyprus, the Ministry of Education of Greece, the Ministry of Education and Culture of Cyprus,the Hellenic Capital Market Commission and the MLP Corporate University Academic Board in Germany, and the The Cyprus Research and Innovation Foundation.

Thesis title: The Behaviour of Foreign Exchange Markets in the Pacific Basin Countries

Thesis title: The Demand for Consumer Durables in Greece