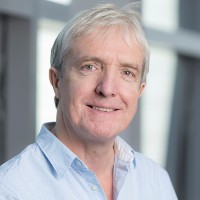 He has been a member of the awards committee for the Queen’s Award for Voluntary Service and advisor to the Queen’s Anniversary Prizes for Higher and Further Education. He served on the Council of the Economic and Social Research Council from 2012-2015. He is a trustee of the Watford FC Community Trust and of the Royal Voluntary Service charity.

He has a First Class Honours degree in Economic and Social History and a PhD on the history of post-war industrial relations. In his early career he was speech writer to the Rt Hon Sir James Callaghan MP. In 2011 he was awarded the CBE in the Queen’s Birthday Honours in recognition of his work on behalf of volunteering and the voluntary sector.

His research interests include the management and leadership of volunteers and the history of voluntary action. He has recently published a history of the National Council of Voluntary Organisations (100 Years of NCVO and voluntary action: Idealists and Realists, Palgrave Macmillan, 2019) to mark its centenary in 2019.

Out of work, Justin enjoys walking in Cornwall and the Lake District, holidaying in Italy, and watching his local team, Watford FC.