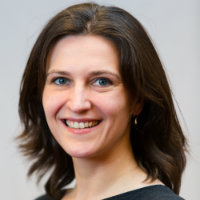 Before joining Bayes Business School in 2018, I was an Assistant Professor of Social and Organizational Psychology at Utrecht University in the Netherlands. Until 2016, I was a post-doc at the University of Chicago Booth School of Business, USA. I received my PhD in 2014 from the University of Cologne, Germany. In 2009, I graduated with a Master’s degree from the University of Heidelberg, Germany, with additional time spent abroad at Kyoto University, Japan, and at the Hebrew University of Jerusalem, Israel. I was recently awarded the NRW Rückkehrprogramm Grant, which is a personal grant of up to 1.25 million Euros to return to a German university to lead a junior research group. I declined this grant to stay in my position at Bayes Business School.

My work investigates how people pursue their goals in a social context (Fishbach, Steinmetz, & Tu, 2016; Steinmetz & Pfattheicher, 2017; Steinmetz, Xu, Fishbach, & Zhang, 2016). In one major line of work, I find that actions done in the presence of others are magnified. For instance, people (falsely) believe that they ate larger portions of food when someone was watching them eat, because the social presence magnifies the action. This work suggests that people perceive the world in a fundamentally different way in the presence of others.

More generally, I’m interested in how people think about themselves and others. For example, I have investigated how consumer self-control is affected depending on whether people construe their self in an independent versus interdependent way (Steinmetz & Mussweiler, 2017). I have further shown effects of such self-construals on gender stereotyping (Steinmetz, Bosak, Sczesny, & Eagly, 2014). Because people often communicate their self-perceptions and decisions to others, I have examined whether the way people think about themselves affects how they portray themselves in public. It shows that, when people project their self-perceptions onto others, systematic mishaps in impression management can occur (Steinmetz, 2018; Steinmetz, Sezer, & Sedikides, 2017).

When thinking about others, I find that people apply what I call the first-member heuristic (Steinmetz, Toure-Tillery, & Fishbach, in press): The first member of a group in a random sequence (e.g., the first student to have his or her test graded by a machine) is seen as more diagnostic for the rest of the group than any of the other group members. Thus, information about the first member (e.g., the first student's test results are bad) is used to larger extents to draw inferences about the rest of the group (e.g., all students' test results will be bad), which in turn affects people's behaviour toward the group.

In another major line of work, I study how the concrete physical context affects people’s perceptions and behavior. I have shown that in physically warmer conditions, people are more motivated to perceive similarities between consumer objects and to assimilate to other people (Steinmetz & Mussweiler, 2011). Because people are also more motivated to affiliate in warmer conditions, their response behavior in surveys was biased towards greater affirmation of neutral items (Steinmetz & Posten, 2017, 2018). Even when only mentally simulating physical states, these simulation can affect judgments and behavior (Hansen & Steinmetz, 2019; Steinmetz, Tausen, & Risen, 2018). For example, I find that mentally simulated warmth (vs. cold) affects whether people pay more attention to single reviews or aggregate review scores when evaluating products, and that mentally simulated hunger (vs. satiation) leads people to choose larger food portion sizes.