The Costas Grammenos Centre for Shipping, Trade and Finance

The Costas Grammenos Centre for Shipping, Trade and Finance

We were all deeply saddened to learn of the death of Her Majesty the Queen.

Throughout her long reign Her Majesty has been a shining example of devoted service and steadfast duty. In 2003, we were honoured when Her Majesty and Prince Philip opened the new state-of-the-art building for the Business School, an event which is still fondly remembered. 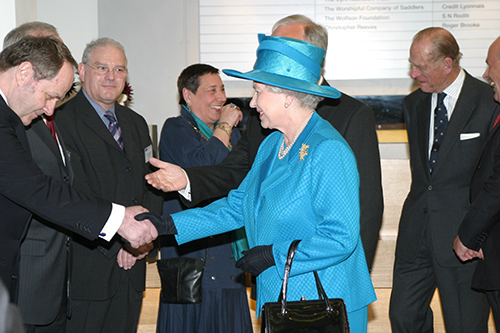 Sir Geoffrey Howe, UK Foreign Secretary, launched The Centre's opening at The Baltic Exchange, hosted by Sir Graham Day in front of more than 400 guests. In April 2007, to provide a lasting legacy for the lifetime achievements of its founder, the Centre was renamed The Costas Grammenos Centre for Shipping, Trade and Finance.

The Centre pioneers postgraduates in Shipping, Energy, Trade and Finance, offering the first specialist MSc degrees in these disciplines. Through its unique blend of theory and practice, the Centre has gained international recognition among industry leaders, government figures, senior academics and its graduates and students.

The Costas Grammenos Centre for Shipping Trade and Finance is a global hub and the first to introduce inter-relationships between shipping, trade, and finance by teaching, researching and discussion in class with leading international academics and practitioners from the City of London and overseas. The Centre also provides a forum for international dialogue through its Conferences, Seminars and Debates (where, in addition to leading international figures, student and graduates also contribute).

The Centre also introduced the three inter-linked circles of 'Shipping, Trade and Finance,' and with it, a new approach to international business - 'the global approach' - where decisions are based on both theory and practice.

"Under his inspired leadership, it has progressed to be known as the world's foremost postgraduate and research centre for marine commerce and economics for over a quarter of a century with a clearly defined raison d'etre: to teach, research, and provide an international forum for dialogue"

"The Centre is a world-class institution with a world-class reputation. For Bayes Business School (formerly Cass) it is a jewel in the crown. For London, Europe and the wider world, it is an asset of immense value."

"London is not only the world's leading international finance centre, but also the maritime capital of the world. In no small measure, the activities of the Centre have contributed to this pre-eminence."