Douglas Anderson is the founder, and chief visionary officer, of Club Vita, which specialises in applying modern data science techniques to innovate in longevity and mortality risk management.

Douglas is a late comer to the entrepreneurial life. His career started at the opposite end of the work spectrum: spending a decade working as a UK government employee in London.  He moved to the private sector, spending his second decade as an actuarial advisor to large pension funds.  Then, in 2005, an appointment as an independent expert to resolve a government pension dispute gave Douglas the inspiration for what became Club Vita.  That enabled him to evolve into an entrepreneurial leader.

Douglas is married to Jill. Now that their two children are studying at university, he has a little more time for his love of the big outdoors. He enjoys trail running, cycling, skiing, landscape gardening and trying to improve his French.

For the last 15 years Steven has specialised in the understanding of disparities and trends in longevity for the benefit of pension plans and insurers. As one of the first employees of Club Vita he has led its development of innovative and detailed analytics.

A passionate advocate of multi-disciplinary understanding of longevity risk, Steven sits on a numerous committees and working parties within the UK’s Institute of Actuaries, including the Mortality Research Steering Committee. He has published on numerous longevity related matters including longevity basis risk, longevity risk management and socio-economic differences in longevity.

Prior to specialising in longevity Steven worked across actuarial technology, liability driven investment and pensions consulting. He regularly draws upon these skills to ensure that Club Vita’s analytics support the effective management of longevity risk.

Away from the (virtual) office, Steven will usually be found playing with his two young boys or walking the family dogs. A lapsed long distance runner, he occasionally still finds time to burn off the “lockdown pounds”.

Guy Coughlan is a senior executive at the Universities Superannuation Scheme (USS), a UK pension plan with assets of over £80 billion (Dec 2020) 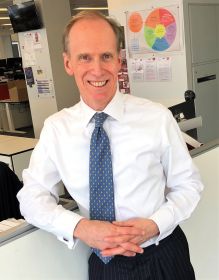 . Guy joined USS in January 2015 as Chief Risk Officer and a member of the executive teams of both USS Group and its investment management subsidiary, USSIM. In this role he established USS’ framework for risk management and set up the risk function, which he built into a team of 28 professionals.

With the organisation facing a strategically important actuarial valuation, Guy transitioned at the end of 2019 to become Valuation Programme Executive. In this role he leads a team of senior staff focused on delivering all aspects of the valuation, including actuarial, investment, covenant, stakeholder management and communications elements.

Guy holds a D.Phil. (i.e., PhD) from Oxford University, a BSc (Hons) from the University of Western Australia and an MBA from Henley Business School. He is named as an inventor on a number of US patents related to financial risk management.

Tim’s work over the past few years has included advising reinsurers on best estimate mortality in relation to UK pension plan-related transactions for c.£100bn of liability and providing the longevity technical expertise on the structuring of c.£15bn of longevity reinsurance.

Tim has held various roles at the Institute and Faculty of Actuaries, and has only just stepped down as chair of the UK CMI’s Mortality Projections Committee, which produces the standard annual mortality projections for the UK actuarial profession. Tim has published a number of thought leading papers in the areas of financial economics, pension plan funding and sponsor covenant assessment.

Razvan Ionescu has a Master degree in Actuarial Sciences from ISFA - University of Lyon 1. He is a certified Actuary, member of the French Institute

of Actuaries since 2009.  Razvan joined the R&D center of SCOR Global Life in 2008 and specialized in Mortality and Longevity risks modelling.

Today, he is leading the Biometric Risks Modelling team that provide support to all SCOR teams demanding expertise on biometric risk modelling. 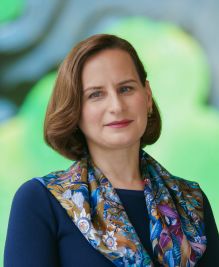 In 2014, Amy led PFI’s reinsurance team in the largest and most innovative longevity risk transfer transaction on record for the BT Pension Scheme. This transaction was recognized as “Deal of the Year” by Risk Magazine and earned PFI top honors as “Reinsurer of the Year;” an honor they received for four consecutive years (2014-2017). With 30 years of experience, Amy is an innovator whose work helps pension funds proactively manage longevity risk and create retirement security for their members. She was chosen as one of the “2014 Women to Watch” by Business Insurance magazine, and she was named to Institutional Investor’s “Pension 40” list—a ranking of the 40 most inﬂuential people in pensions—in both 2014 and 2015. Amy possesses both capital markets expertise and in-depth insight into the innovative pension risk transfer transactions occurring globally.. Before joining Prudential, Amy served as a principal at Bear Stearns and as Global Head of Pension ALM at Swiss Re in London.

Stephen Kramer is a director and leads emerging risks research within the Swiss Re Institute. He is a mathematical demographer (and an architect)

with much of his career being focussed on communicable diseases.   He was first exposed to mathematical modelling while at Equitas and applied these skills to understand the HIV pandemic in his home country, South Africa.

He built the first HIV models for southern Africa (based on concepts by Doyle) that described the pandemic reasonably accurately.  Initially for Metropolitan Life, he then adapted the model for other purposes, estimating orphan numbers, and showing major employers that HIV treatment programs were cost beneficial.  He authored the introductory chapter for the SA HIV Clinicians Handbook on social epidemiology, co-chaired the socio-economic track of a South African AIDS conference, and was part of the team that developed an AIDS strategy for Nelson Mandela (in his post-presidential period).

He returned to the UK to develop Swiss Re's mortality shock model (pandemic flu) , which favourably reviewed by Prof. Neil Ferguson, and was approved by regulators shortly after. He has also worked on air pollution and the legacy of asbestos.  In most recent years Swiss Re occupied only 3 or 4 days a week of his time, with the rest focussed on personal projects related to malaria, renewable energy & ethical consumer behaviour.

Avery Michaelson is the Founding Partner of Longitude Solutions, a transaction-oriented consultancy with expertise in longevity risk management.  He has extensive experience in the longevity risk and insurance-linked securities markets having held positions at Société Générale 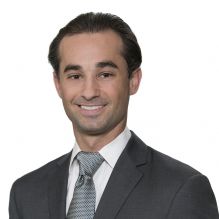 Nicola Oliver is the founder of Medical Intelligence (London) Ltd, established in 2007, a consultancy dedicated to providing impartial expert insights into the main drivers behind changes in life expectancy and disease risk for the insurance industry. 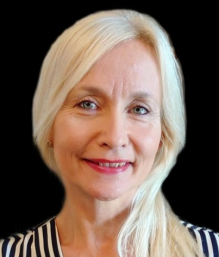 Nicola works directly with clients to increase their understanding of the medical and socio-demographic elements that impact mortality, morbidity, and longevity risk. A leading mortality and longevity expert, Nicola provides full consulting support to clients from across the insurance spectrum. Nicola has supported clients with underwriting, annuity pricing and product development as well as internal model calibration to fulfill regulatory requirement.

She located to Provence in the South of France in January 2019 to enjoy the benefits of all that a Mediterranean lifestyle has to offer!

Cord-Roland Rinke is Managing Director of Hannover Re – Life & Health Analytics and Longevity, which includes the global responsibility for

During the last years, Hannover Re has actively worked on transferring longevity risks from pension schemes and insurance companies onto its books. Cord and his team have written various longevity deals with a number of insurance carriers. His team has written business not only in the UK but also in North-America, Continental Europe and the Australian continent.

Before that he was in charge of the life reassurance business in Asia and the annuity reassurance business in the UK. His team structured tailor-made life reassurance solutions for Hannover Re’s clients in the UK and the clients of the branch offices in Asia and Scandinavia. In the advent of Solvency II, he was also responsible for the corporate actuarial department building a life internal model for Solvency II and managing the calculation of Hannover Re’s market consistent embedded value.

Cord was involved in establishing a subsidiary, Hannover Life Re Ireland, which is one of Hannover Re’s specialist entities for financing life reassurance business. During his time in Dublin, he developed alternative reassurance structures for annuity business.

Cord holds a degree in Mathematics, is a member of the Deutsche Aktuar Vereinigung and a Fellow of the Society of Actuaries.

s and insurance industry. She is an active volunteer within the actuarial profession including the Actuaries Response Group, COVID-19 Action Taskforce, professional education process and the Population Health Management research working party.

Roshan Tajapra is the Deputy Head of Longevity Research at SCOR, where he is responsible for the development of SCOR’s longevity assumptions underlying their bulk pension annuity reinsurance offerings. Roshan has a keen interest in all things Longevity, with a particular focus towards understanding the drivers of mortality improvement. Prior to SCOR, Roshan has held positions within the longevity field at Prudential and Canada Life. He is an active volunteer for the IFoA Diabetes Working Party.

Luca Tres is Guy Carpenter’s Head of Strategic Risk and Capital Life Solutions - EMEA. He joined from Securis Investment Partners where, as a

Partner in the London office, he led the life origination and structuring activities globally.

Before that he held various positions at Deutsche Bank London within the Global Capital Markets division, where in the latest years he was part of the European Structured Insurance and Bank Solutions team.

Across both positions, he successfully sourced and structured highly innovative solutions around capital, financing and risk management for insurance companies, reinsurers and banks globally.