Bayes X is headed by Prof. Costas Andriopoulos with the help of HVP Philipos Kassimatis (Deputy Director), both of whom have extensive experience in both academic and industry research and they are responsible for leading planned activities and target outputs over a three-year horizon, and annual internal reporting. 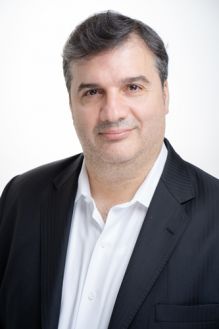 Philippos is the co-founder of Maven Global, a capital markets advisory firm focusing on solutions for cross asset and M&A risk. Philippos is also the co-founder of Panthir Capital UK, an asset management firm nominated twice for Emerging Manager of the Year by S&P's Capital IQ. Previously he was a Managing Director and Global coHead of FX Structuring at Barclays Capital responsible for asset, liability and risk advisory solutions globally. He started his career with Merrill Lynch  in New York in 1999 focusing on M&A / Derivative Financings, moving to London in 2003 with responsibility for the European FX Structured business. Philippos holds an BA/MA in Engineering from Oxford University, and dual degrees from Yale University - MA in International Economics and MBA in Finance. He sits on the boards of Brookstreet Equity Partners and YPO Greater London and is the Deputy Head of the Centre for Innovation and Disruption at Bayes Business School.

Alex graduated with a degree in Engineering, Economics and Management from Oxford University. After a number of roles in financial services including at Guinness Flight (later Investec) and Brown Brothers Harriman in New York, he joined C. Hoare and Co. bank in 2009 and was made Partner in 2014. Alex has an interest in mountains - going up (climbing) and coming down (skiing) - and learning about wine. 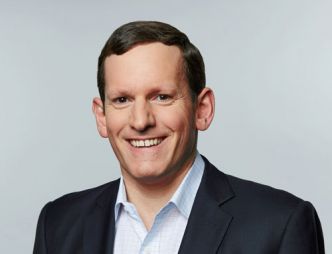 John is a co-founder of Farview Equity Partners, a growth equity firm investing in growth-oriented enterprise and financial technology companies in Europe. Before co-founding Farview in 2019, John spent 18 years at TCV, a provider of capital to growth-stage private and public companies in the technology industry. Originally based in Silicon Valley, John moved to London in 2012 to establish and lead TCV’s European investment team. John started his career as an investment banking analyst at Robertson Stephens in San Francisco with a short detour at an ecommerce business called Della.com, before joining TCV in 2000. John received a BA in Economics from Princeton University. 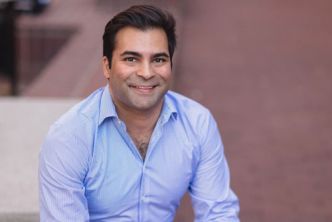 Jay is an entrepreneur who has led and grown a number of diverse businesses around the world. Jay is the Founder of Addition Capital, an investor in European companies with unrealised potential for growth. He is co-founder of Supply Finance, a technology-driven business which provides trade finance solutions to SMEs across Europe. In July 2018, he co-founded Future Motors to dramatically reduce energy use by British companies. Jay is also the Executive Chairman of Littlewood Fencing Ltd, the UK’s largest specialist installer of fencing for large infrastructure projects. Previously, Jay lived in Toronto, Canada where he was owner and CEO of ISE Inc., a manufacturer of ergonomic furniture. In 2016, he sold the business to Workrite Ergonomics, owned by Wind Point Partners. On behalf of his family office, Jay manages investments in the UK, Europe, Canada and Brazil. He is Chairman of The Rumi Foundation, a UK charitable foundation with an endowment of over £100m that serves as the channel for his family’s philanthropic work. Jay began his career as a corporate lawyer with Linklaters in London, Moscow and Shanghai. Born in Nairobi, he grew up in Toronto and completed his undergraduate studies in Law at Cambridge University (Double First). In 2011, he obtained an MBA at Harvard Business School as a Baker Scholar. Jay lives in London and is married to Nadira Lalji. His numerous personal interests include: member of Young Presidents Organization (Chapter Finance Officer), Vice-Chair of the HBS Fund Council and Senior Fellow of Bayes X, Bayes Business School’s Centre for Innovation and Disruption. He is a keen tennis player.